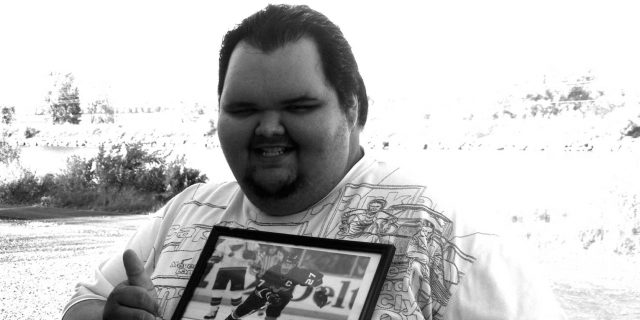 Kahnawake’s beloved Jesse Deer wouldn’t want it any other way, even if he’s no longer with us.

You have to figure he’s smiling from his perch, laughing that infectious chuckle he became known for.

The Jesse Deer Memorial Media Scholarship is preparing to give away its 10th big prize of $1,000 this year, as November 24 marks 10 years since his passing back in 2009 due to complications from H1N1, at the age of 23.

He was funny, could be crazy, but was deeply loved and missed, cared so much about his community, and had his hands, in some way, shape or form, in all media in Kahnawake.

To mark the 10th year, the heads of the five media (a Jesse-ism, to be sure) are planning a special night in his honour, hoping to award an up-and-coming media type who embodies what Jesse was, even if only a little bit.

As a radio host or TV personality or columnist here at The Eastern Door, Jesse wasn’t afraid to try new things, and if he failed, he tried again.

If you are in post-secondary in a media studies-related field (journalism, communications, etc), send a two-minute video of yourself, a 500-word essay on why you deserve to win, a reference letter, and an up-to-date transcript to any of the people on our committee, or jdmmsfund@gmail.com.

KTV, TED, Mohawk TV, K103, and Kahnawakenews.com started the fund after Jesse’s death, and have helped nine lucky locals to pursue their studies with a little financial aid.

We are also looking for volunteers to help us launch the special night, and financial contributions to keep the scholarship going.

Together, we will continue to honour what Jesse brought to our media and to Kahnawake, in a way that only Big Sexy could.

The bursary is for the 2019 Fall or Winter semester.

Candidates should exemplify Jesse’s values by demonstrating a sound work ethic, good grades, great motivation and involvement in the community.

Or, as Jesse would say, if you are old-school, mail to:

For further information, please contact any of the Board Members: