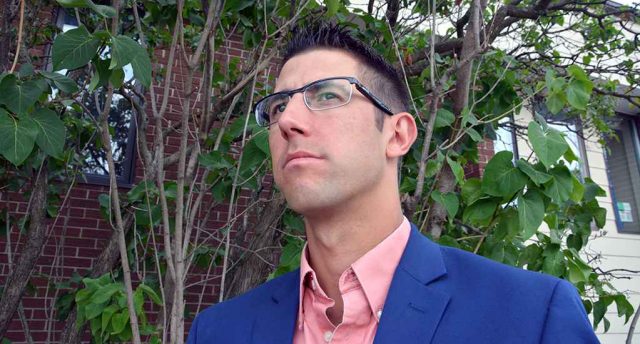 In a continuation of last week’s announcement concerning Tewatohnhi’saktha‘s change in mandate, the Mohawk Council of Kahnawake announced this week it has restructured its finance department.

Tewatohnhi’saktha’s board responded with a full-page ad in last week’s Eastern Door criticizing the move.

“Chief and council refused to consider our proposed wording for our mandate and unilaterally passed the version they wanted, one we believe is lacking in substance, and did not take into account the voices of the business community and the community at large, the ad signed by the board members reads.”

The MCK announced Erica Delisle’s promotion to interim executive finance and administration officer, replacing Paul Rice, who will work as a business and economic advisor to chief and council, and continue to work as pension chairperson.

Though the title is new, the role is something Rice is familiar with.

“The role is a continuation of a lot of the things I was becoming increasingly involved in as the EFO (executive finance officer),” said Rice, who took time off at the end of last year to consider his future at the MCK.

Rice, as business and economic development advisor to chief and council, will have very little involvement in the organization moving forward, but will now work to continue building revenue for the public coffers.

Council also hired a financial controller, whose name will be released in the coming weeks.

The financial controller position, which requires the candidate to be a chartered accountant or chartered public accountant, is particularly needed, according to Council chief Michael Delisle, who is chairperson of the finance, administration and operation committee.

“Absolutely. Not only with Erica’s involvement because she’s been in that even before, but also with the hiring of the financial controller, which is something brand new, and something that’s definitely way overdue, which will help her and the entire operation tighten up,” said council chief Delisle.

The controller will look over all the books, flagging areas of concern, and the MCK hopes it will help catch mismanagement such as the one as seen in the recent scandal at the Housing Department.

“Looking at industry standards, ensuring we’re doing what we’re supposed to be doing in terms of how big the organization has become,” said Michael Delisle. “It is the bigger picture stuff, ensuring internal mechanics are proper optically.”

Mia Phillips was also promoted to general manager of finance and administration and Onerahtókha Karlie Marquis will work as a business development manager alongside Rice.

Delisle said he was impressed with the team that’s been assembled.

“No qualms at all, and the team will continue to be built,” he said.

Rice has said in the past his goal is to create multiple, diverse revenue streams to pull Kahnawake away from the outside governments’ faucets.

“For the community of Kahnawake to pursue its goals, for the council and the community to be able to fund its priorities, you need to have financial independence, and you need to have a strong economy in order to do that,” said Rice. “We’re still pretty heavily reliant on federal and provincial funding, and that funding is not always available for things that we would deem as priorities.”

Rice was involved in investing the roughly $33 million plus additional payments annually from the sale of Continent 8 shares in 2016, to create the business economic development fund with Tewatohni’saktha.

“We used Tewa’s checks and balances as the basis for how projects would be evaluated,”said Rice.

Rice has been the pension chairperson for the past four years. The fund has grown from $70 million in 2009 to $210 million.

The Community Initiatives Fund uses some of the sale money to fund grassroots programs and initiatives.

There will be a fall election for the four elected seats on the board.

Moving forward, Rice is excited at the prospect of engaging in projects that have been talked about, but maybe not put into place.

Rice will also help in the transitional phase of Tewatohnhi’saktha, which will see its board changed from seven elected members to four elected and three appointed.

“I’m excited,” said Rice. “It’s good to be able to work on things where you can see a real positive impact within the community.”