Wahéhshon Shiann Whitebean defended her master’s thesis at Concordia University last March. She decided to share her research and findings with the community as a way to start the healing process. (Marisela Amador, The Eastern Door)

On Tuesday evening a small group of community members gathered at the Kanien’keháka Onkwawén:na Raotitióhkwa Language and Cultural Center (KOR) to listen to local academic Wahéshon Shiann Whitebean present her master’s thesis on “Child-Targeted Assimilation” through day schooling, and how ultimately research and stories can be used as medicine to heal past traumas.

“The idea for this thesis and this research came from family, growing up in Kahnawake and hearing stories from my grandmother and the elders,” said Whitebean.

Like many Kahnawa’kehró:non, Whitebean knew very little about Indian day schools and their lasting effects on the community. When she started researching the topic at Concordia University, she quickly realized that the information available was scarce and that there was no actual documentation or research done on people with first-hand experience of day schools, despite the fact that they existed for about 150 years.

According to Whitebean’s research, in 1826, the first day school opened in Kahnawake. In 1914, the federal government formalized Catholic-run day schooling in the community by bringing in the Sisters of Saint Anne.

By 1988 when the last day school closed, Whitebean was already in school, a fact that she said highlights the continued relevance of this sensitive and often painful topic.

“People talk about residential and day schools, and they think that it is all in the past, but it is not. There are more kids in the system now than there ever was,” she said. “There are still young people who had first-hand experiences, like violence and abuse in day school.”

One of the major findings in Whitebean’s research shows how historically Indigenous children were targeted as subjects of assimilation, which is where the term “child-targeted assimilation” comes from.

Additionally, another critical component of her work consisted of finding a way to gather day school experiences without re-traumatizing former students and their families and avoid a repeat of what happened to some residential school survivors during the reconciliation hearings.

Whitebean was able to achieve this goal by “following our own way, and by using our own oral history approach.”

The stories, she said, are the central source of knowledge.

Throughout a two-year period, Whitebean recorded and documented the experiences of four elders from Kahnawake. She explained that the experience had a significant impact on her as a person and as an Onkwenhón:we woman.

“I cried a lot of tears sitting by myself processing things, more like happy tears and relief. I came to a lot of realizations about my own life and specific things that happened in my family and why they happened,” said Whitebean.

“I started to see my own history and my own family and our community different. Especially when you see the elders now, how things ended up, how they healed and overcame things.”

In her research, Whitebean doesn’t define what healing or the healing process is because she believes that it is an individual process. However, helping people share their stories and, most importantly, acknowledging the impact that day schools had on Kahnawake is key, she said.

Currently, there is a class-action lawsuit for reparations to survivors of Indian day schools. Two settlement approval hearings were held on May 13 and 15 in Winnipeg, Manitoba.

The lawsuit has made the topic of Indian day schools mainstream, and more and more people are becoming aware of the atrocities Indigenous children and their communities lived and how the impact is still felt today.

Whitebean’s research has no connection to the lawsuit. However, she encourages people to apply for the settlement if they chose to but reminds everyone “the money is not going to bring healing.”

Mohawk Nation of Kahnawake secretary Kenneth Deer is a day school survivor, and was on hand during the presentation.
“I think it is important work,” he said of Whitebean’s research.

“One of the things that she mentions in her presentation is that some people didn’t realize that they went to Indian day school that had this objective of assimilation. That is how effective the system was, and her research is bringing to light this issue that everybody should be aware of.”

Whitebean said that this whole experience has humbled her and that at some point during the process she became aware that she was doing something good and she has no plans to stop.

Whitebean will begin her Ph.D. at McGill University in the fall of 2019.

Mourning the loss of a tireless worker 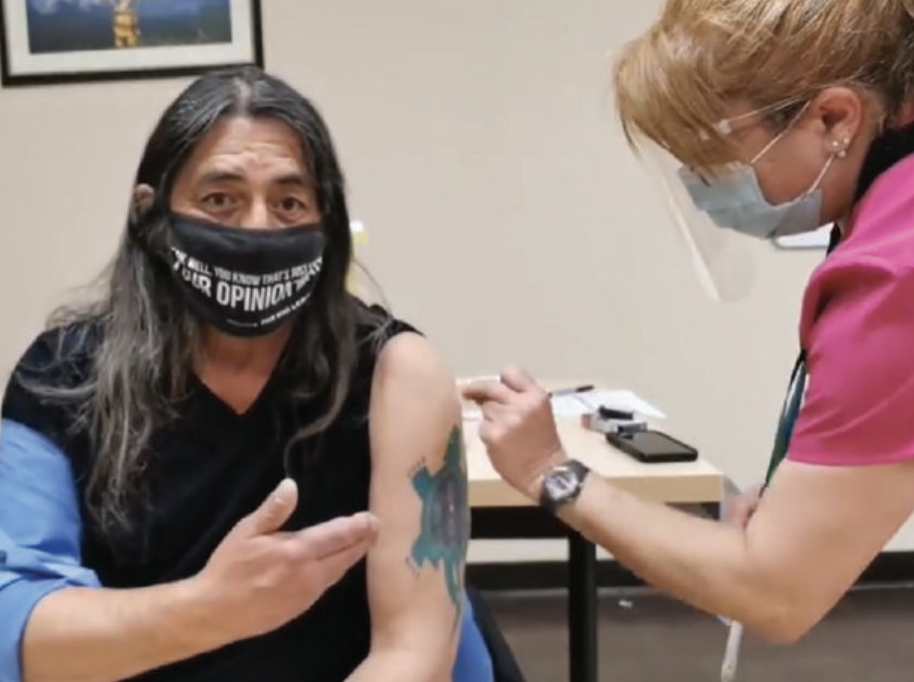