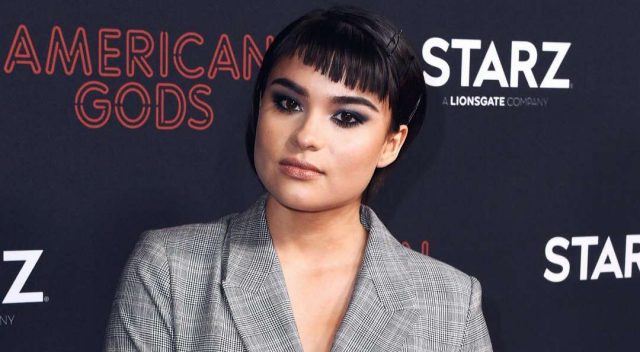 Got some extra time on your hands? Or maybe looking for something to procrastinate with? Kawennáhere Devery Jacobs has two new productions out and they’re picking up steam fast: Netflix’s The Order and the Starz series American Gods.

“It’s pretty surreal now that it aired,” she said. “I feel like I can breathe a little.”

Jacobs’ acting career has been in the making for the past decade and it’s starting to payoff.

“People think it’s an overnight experience, but really it’s been 12 years in the making.”

Parents Layne Myiow and Clint Jacobs have been by their daughter’s side since they first signed Kawennáhere up for modelling at the age of 10.

“It takes times, she’s really hard at work with it,” said Myiow.

Kawennáhere has been as far as Los Angeles looking for her chance in the film industry, and finally found her breakthrough in Toronto.

“She was always a dramatic kind. It’s something she was born with,” said Myiow. “She’s always got me on my toes.”

Travelling back and forth on spontaneous trips to make it to auditions wasn’t out of the ordinary for Kawennáhere’s youth and the experiences have motivated her to get to the point she has reached.

The Order aired March 7 on Netflix and now they’re hyping their viewers with the possibility of a second season coming out in 2020.

Kawennáhere’s experience on set for the supernatural series is one to be remembered.

“It was the first time I had really acted in a supernatural, teen demographic show,” she said.

“It was interesting to pretend we were wolfing out. It’s nice to be able to play a bit of a bad-ass character.”

Many might have already watched the first season of American Gods and witnessed how out of the ordinary it is, noting the fact that Kawennáhere was cast to play as her favourite character, Sam Black Crow.

Right from the get-go Kawennáhere wanted to play the role of Black Crow and was astounded when she found out that one of her favourite novels was being turned into a series.

“I was bugging my agent to make sure I was seen for the character,” she said. “There are so few opportunities to play a character like that and such a huge platform.”

Kawennáhere almost lost out on the role because of a single conflict in another project’s schedule, but after writing a letter to American Gods producers describing her connection the character, they couldn’t say no to her.

“I was heartbroken and gutted after wanting to play the character for six years, that I was really disappointed that I was going to miss the opportunity to play the part,” she said.

“I guess it played on the heartstrings of the production and they all agreed that I was their Sam Black Crow.”

Catch a glimpse of her acting skills in the third episode of season two in the show.

In the acting industry, there is never any real security until the production is aired and released. At any moment there can be a cut in the script and you’re out of the show.

“I’m glad she’s able to find success in such a fickle business,” said Clint. “I’m really proud of her.”

There isn’t a moment when the local thespian isn’t filling her schedule with things to do and productions to make.

Not only is she an actor, but she also directs, writes and creates films on her free time.

Watch her short films and extra videos such as The Hoof Lady on her Biography page, get a glimpse of her portrayal of Sam Black Crow on Starz, or binge watch her drama filled series The Order on Netflix today!