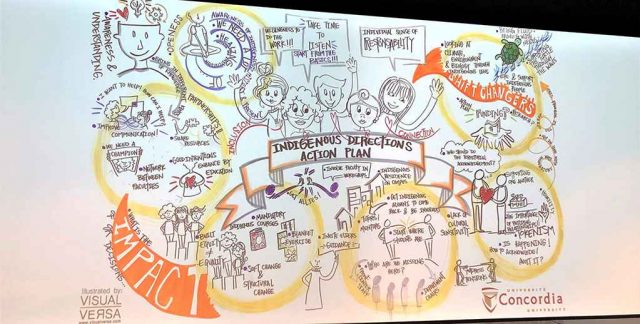 The ancient, archaic and inefficient gas heating system at the youth centre is in dire need of replacement, and, if done, would save the organization thousands of dollars a year in utilities costs. (Daniel J. Rowe, The Eastern Door)

Kahnawake Youth Center director of operations Kyle Zacharie said the biggest chunk of the organization’s budget, by a long shot, is utilities.

In February, the bill was over $7,000 for the oil heating system installed when the youth centre first opened nearly 50 years ago.

The half-century old oil heating system is, to make the understatement of the week, in dire need of replacement.

Zacharie estimates the cost of a replacement in the $90,000-plus range, but that the replacement would mean a huge weight off the centre’s annual budget.

“It’s not just that it’s changing the heating and cooling system in the building, but it’s going to save us tons of money,” said Zacharie.

Zacharie and those who use and work at the youth centre got a heavy dose of good news this week when Tewatohnhi’sáktha announced the KYC would be the sole recipient of its annual Business Golf Challenge August 9.

“It’s going to help us drastically cut our costs, and all those costs can go right back into programming and salaries and things like that,” said Zacharie. “Instead of wasting money on heating oil, we can spend it more effectively some place else.”

The KYC has been working with Snowden Heating and Air Conditioning to swap the old system for an electrical heating and air conditioning unit, in addition to improving the ventilation.

“I’m very excited,” said Zacharie. “This is something that we really need in the building, so it’s going to make a huge difference.”

This year, the board decided on giving the money to a single entity.

“We received three proposals that were reviewed by the board and they chose the youth centre proposal,” said Tewatohnhi’sáktha communications officer Allison Jacobs.

Board chairperson Greg Horn spoke about the board’s reason for going with the KYC proposal.

“The Kahnawake Youth Center is one of those organizations that touches the lives of just about everyone in the community and they do a lot of great work,” he said. “We hope that this year’s golf tournament is a success in order to help them better serve the community.”

“Everyone I know spent time there as a kid,” said Jacobs. “A lot of good memories.”

Those wanting information on the tournament at Lafleur’s Golf Club including sponsorship opportunities can contact tournament coordinator Lisa Morris at 514-941-1261.