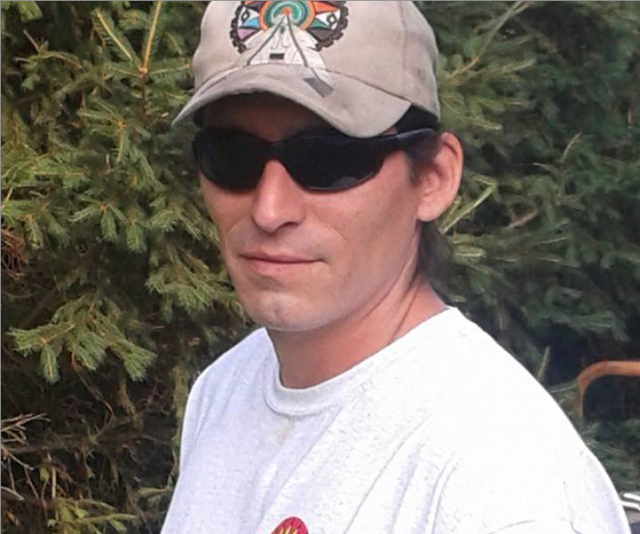 Racism: the one word that can instantly cause trouble and spark a movement.

We’ve all had our fair share of issues with people, especially in schools.

At the end of February, Ronald Phillips sent his daughter Saharah and son Thunder Phillips to school at Howick Elementary. Just like any other ordinary day, things were normal, until Phillips received a call from his daughter’s teacher regarding an issue in class.

“There was a dispute between my daughter and a fellow student. A boy said some foul language to her and to which she responded “Serihò:kten” – ‘be quiet’ in Mohawk. The teacher didn’t know what she was saying, so she told both of them to apologize,” said Phillips.

“My daughter refused and said she didn’t do anything wrong. I got a call later from her teacher, and she explained the situation to me and asked if there were any swear words in Mohawk, which I responded no,” He said.

Phillips and the teacher laughed about it, and things were reasonable, the issue was then resolved; until he received a call a few days later from the principal of the school, Mélanie Primeau.

“I told her the same thing I told the teacher, but she didn’t agree. She was telling me that if my daughter wants to talk in Mohawk, that she has to talk to another Mohawk,” said Phillips.

Primeau explained to Phillips that English is the first official language and that French is the second. She said the options are she would have to choose one of those two.

“I told her she has every right to speak in Mohawk, I have nine kids, some are done high school and we’ve never had this issue before. At the end of our conversation, I asked her ‘is my daughter allowed to speak Mohawk?’ and she responded with ‘no she is not,’” said Phillips.

The Eastern Door contacted Howick Elementary for Primeau to comment on the issue but she did not comment at press time.

Angry and frustrated, Phillips hung up immediately and called to make a complaint to the school board. He got in touch with James Walker, who is the director of Educational Services at the New Frontiers School Board.

Walker was also contacted by The Eastern Door and was unable to comment on the issue.

After having the conversation with Primeau, Phillips was put into contact with Walker. Phillips was told that the issue would be discussed with the staff and principal.

News of the incident spread through Facebook, with Phillips posting the event the same day he had the conversation with Primeau and Walker.

“I posted the status to get my friend’s opinions on the issue, and the news spread like wildfire. I’ve gotten messages from Alaska, North Dakota and all over with support. We are overwhelmed with the positive support, and we are hoping this issue can be resolved.”

A day or two after posting it, the post went viral and captured a lot of attention, to the point of Primeau calling back Phillips.

“She called me back and completely denied everything she said. She denied her comments on saying my daughter can’t speak her language and explained that it was all a misunderstanding. I think she got scared that the issue got so much attention.”

After that conversation, Walker called Phillips again and told him that Primeau would call and apologize.

Shocked and confused, Phillips explained to Walker that he just got off the phone with her and mentioned that she just denied all her comments.

“I said to Walker ‘if she has nothing to hide, why is she apologizing? She denied everything not too long ago,’” said Phillips.

Phillips described Walker’s response as an empty-handed answer and said he brushed the whole incident aside.

To represent the school board and help handle this issue was Mike Helm, who holds the position of assistant director-general.

“The New Frontiers School Board embraces and celebrates cultural diversity. On any given day, in all of our schools, centres, and at our school board office, you will hear several languages spoken,” Helm told The Eastern Door.

“I don’t believe that there is anybody who would say one isn’t allowed to speak their language.”

Last Monday, Phillips, his wife Melanie Lamarche Gordon, principal Primeau, and Walker, all met and discussed how the school will handle the issue.

“It was a waste of two hours, the whole time they changed subjects from talking about the school, the staff, and their position, but it still didn’t solve our issue,” said Phillips.

Phillips described Primeau as very emotional during the meeting.

“The first half of the meeting was listening to Walker on how the school board promotes Indigenous culture and how they respect the languages. I had to cut him off and mentioned that we understand the school board respects the culture, we are not blaming the teachers or the school board, we are here to talk about what was said, this is why we are here,” said Gordon.

“After that, we talked about the issues with my son being mistreated, my daughter being bullied and that’s when my husband (Phillips) demanded a written apology,” she said.

They asked for the Facebook post to be taken down, with Phillips agreeing once they received the correct apology.

“I replied to her email, she sent a letter, but we asked for an apology of what she had said, not of the ‘misunderstanding’ over the phone.”

“I wanted an apology for her saying my daughter can’t speak her language. She won’t admit nothing, she apologized to what she thinks is the issue, but it isn’t the right issue.”

The letter written by Primeau stated:

“I wanted to take this opportunity to apologize for the misunderstanding that came from our phone conversation of February 27. My vision of education and life is an inclusive one, and I do hope that that was made clear during our meeting on March 11,” it reads.

“I do feel we found a resolution to this situation to move forward for the children. I do want to thank you for agreeing to remove the post on Facebook about this miscommunication.”

“When we got the letter, we were upset and disgusted, we wanted a written apology for us and the public to show that she understood what she did was wrong and that the issue would be resolved,” said Gordon.

Phillips and Gordon have left the trending post on as a message that the issue is still not resolved.

“We’re not letting go with this, we didn’t expect it to go this far, we just want the apology but they’re just twisting and turning the scenario,” said Gordon.

Phillips and his family have a history with principal Primeau, and has mentioned his son has been affected.

“We’re getting Thunder tested for ADHD and in the mornings he is fine, but in the afternoons he becomes all hyper, and he doesn’t notice it,” said Phillips.

“He ends up getting in all kinds of trouble, to the point of him getting sent home. We’ve gotten calls from Primeau telling us that if our son is too hyper or in a bad mood, that we should keep him back,” he said.

Phillips and Gordon are outraged on this issue as well, even questioning the school’s system itself with not being able to take care of their boy.

Phillips and Gordon met with Helm last Friday to discuss this issue further and how they can all resolve it. The Eastern Door will have an update of that meeting next week.

“I will have a chance to help work out this topic with more information to be brought up at the meeting to help resolve this issue,” said Helm.

“Further steps need to be taken, and at the end of the day for us, our needs are always about student success and to focus on our students.”