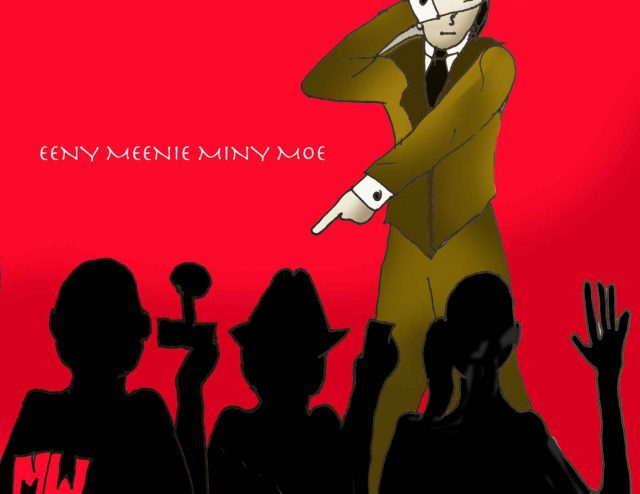 Candidates’ night exposed something in the local Indian Act electoral system that, if left unchecked, goes against the very democracy it purports to protect.

When K103 Radio called the electoral officer to “ask” if either one of their two non-Native reporters would be “allowed” to cover the meeting, they were told, quite tersely, no.

And he doubled down by announcing, in front of everyone at that meeting, that he “took a lot of flack” for not allowing non-Natives into the meeting to cover it, but he had to “stick to his guns.”

And that’s where we have a big problem – and readers certainly should as well.

Is racism in elections okay just because some people yell that it is? Because Montour didn’t want to deal with someone pointing out a “white” reporter and then, according to him, having to hold a vote to determine whether to “allow” them into the meeting or not?

As attendance at meetings this week show – a scant few people at the community meeting and a scattered few at the Waste Management one held the night after – the MCK and any electoral officer NEEDS the media to get the word out, and that includes The Eastern Door, which is at all of the biggest meetings in town every single week.

Those very same reporters, whether they’re white, black or from another Mohawk community, are serving KAHNAWAKE, the people, our readers, YOU!

We absorb information, put it all into digestible news articles for the community, and get the vital answers required because, generally, Joe Public cannot.

We write for you, about you, and we take that job seriously.

We certainly don’t go to meetings for “fun” or to disrupt anything. In fact, we sit there and listen, never participating, only reporting for the ones who can’t make it that night or who want more info on what happened, from a professional point of view.

That’s a serious role and we will continue to do it, but when we’re told we can’t because of the colour of the skin of our professional reporters, well it sounds a lot like equality and fairness – paramount to an honest election – is seriously lacking, to put it so very politely.

Nowhere in any written local law does it prohibit “white” reporters from attending meetings; but we’ll go further and say it should state, very clearly and in writing, that if a local media source is covering an event, the reporter could be anyone, regardless of background, political leanings, or any other made up reason to keep them out.

Anything else looks like fear, control, and lacks complete transparency.

What, exactly, is wrong with having a non-Native cover a meeting if he or she works for local media? They might hurt someone’s feelings because they occupy a space that’s only for local Mohawks? Really?

Don’t want CBC or CTV in there? Fine.

Random angry people’s issues with a reporter attending a meeting shouldn’t come before HAVING A GREAT REPORTER PRESENT.

It makes no sense, goes against the principles of an election itself, and it’s clear the electoral officer needs a lot more conviction and a thicker skin if he’s going to conduct another election.

You’re giving way too much power to angry, insecure, controlling individuals over professional journalists just trying to do their jobs.

It reeks, quite honestly and sadly, of the orange-haired “leader” to the south.

He tries to control the media, too.

Why is a public space, one that is supposed to be about supporting a candidate, about listening to their platforms, about an election and nothing more, so “off limits” and off-putting instead of inviting and open?

What is there really to hide?

MCK elections, meetings, and any other gatherings have enough trouble as it is to gain attention, so shutting out certain reporters or media is 10 steps backwards.