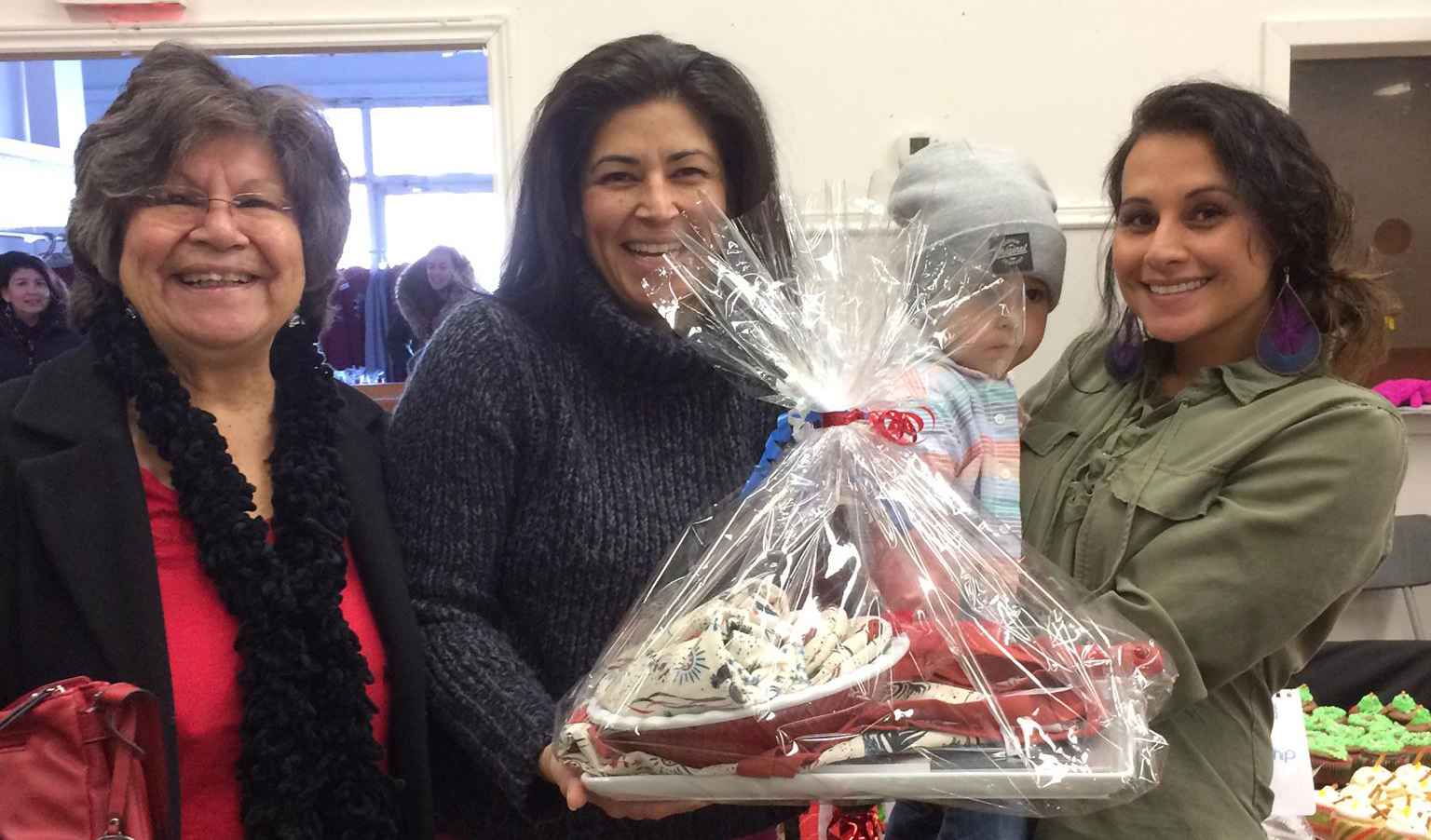 Everyone loves a good pie and for two local meat pie experts, they found a booming market in Kahnawake.

Mother and daughter duo Beverly and Coreen Delormier broke into the meat pie business just over four years ago. You could say business has been good because they recently just sold their 5000th pie last month.

They got started when one of Beverly’s three daughters found a job in Hawaii and moved there in 2012. For her daughter Coreen, having her sister move so far away was devastating. Her sister came back periodically to visit but always returned to Hawaii. On one visit in 2014 it was particularly hard on Coreen.

“After she left, Coreen was really feeling bad about it because she didn’t know when she was going to see her again. I was going to be going there the following year,” said Beverly.

It was hard on Coreen because she was especially close with her sister but had no way of visiting her. “I’m a single mom with three kids and it’s always a struggle and I always wanted to visit my sister, and I was thinking oh my god how am I going to get there?”

Beverly had an idea though. “I said why don’t we make meat pies, we’ll make 15 every month and in 10 months you’ll have enough to go to Hawaii. She jumped on the idea and within three months she had enough for her fare.”

“We started in July of 2014 and it just got out by word of mouth and by Christmas it was already booming. We had a waiting list and whatever we had left we put it on Facebook,” said Coreen.

“By Christmas time I already had my ticket for Hawaii and I was only going in May. So my mom said let’s just keep making pies for spending money and we just kept going.”

Through Facebook and word of mouth they began to build up their cliental, getting orders at first from friends and family to luncheons, suppers and parties.

“Then we got a call from the Eagle’s Nest and they asked us if we wanted to supply meat pie every Saturday. But we only do it every other week because every week is too much, because it’s only us who do it,” said Coreen.

Every second Saturday they get together in the morning and make their meat pies. So between 5 a.m. and noon they usually make around 70 pies. It’s been profitable and has paid for their family vacations and trips.

“One day Coreen said ‘I wonder how many pies we’ve made?’ And I said ‘I can tell you that,’ and I think it was like 4,720. That was in August or September,” said Beverly.

She said that somebody suggested they give a prize to the person who buys the 5000th pie. They figured out that they would likely sell the 5000th pie at the Knights of Columbus Christmas Craft Fair, November 18.

“We bought a prize that was worth over $100, we went to Stokes and bought all kinds of things,” said Beverly.

They had around one hundred pies to sell at the craft fair and soon were down to their last four pies.

“So now somebody comes in and they buy two pies. Now we have two left and we’re getting all excited. So this young girl comes in and she buys the last two pies and Coreen and I started yelling yaaaay! She was shocked and said I only bought two pies,” said Beverly.

The surprised winner, Jayanne Barnes, was given a gift basket and the distinction of buying the 4,999th and 5,000th pies.

In the meantime both Beverly and Coreen enjoy the time they spend together. Coreen has a full time job at Tewatohnhi’saktha and said she’s happy making pies part time with her mom.

From cocaine to country music, a path to recovery