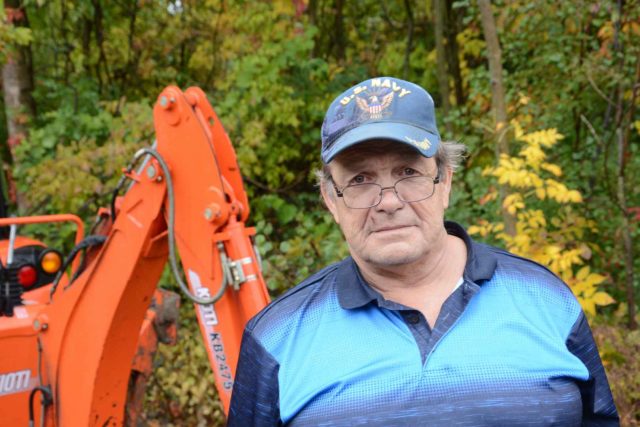 Louis Stacey was just having a laugh with his wife, but his employers at the Kahnawake Labor Office weren’t chuckling along with him after they saw his Facebook posts last week.

Stacey, who was the Occupational Safety and Construction manager at the Labor Office, was fired on Wednesday. He said he was told it was due to his comments about the cannabis control laws he made last week on Facebook.

The initial post, which got Stacey into trouble, was one about the upcoming cannabis law. Stacey joined a discussion on the topic, which was posted by someone else.

“I made a comment on it where I mentioned two MCK lawyers by name. That got me a suspension without pay. That was October 1,” he said.

Stacey was given an option of when to take his five-day suspension, which he said he would take the week of October 15. He continued working the rest of the week, after his supervisor, Mike O’Brien, handed his suspension down to him.

“When I got home I showed my wife the suspension letter and she jokingly said maybe you should learn to keep your mouth shut. So I got up from the kitchen table, I went in the garage, I got some tape, taped my mouth and came back in and sat down at the table, and I said there, my mouth is shut,” said Stacey.

He said they both had a laugh about it and he decided to post the picture of his mouth, taped shut on his Facebook page.

But Stacey’s bosses didn’t share his sense of humour. On Tuesday he was called back into the office to speak with his supervisors about his posts. He said he believes they felt his post was a “jab at them,” but he insists he did nothing wrong.

In the meeting, he said he was repeatedly asked about the post with tape over his mouth and why he had posted it on the same day he was suspended. Stacey said the post wasn’t about his suspension or his opinion of MCK administration officials, “it had nothing at all to do with them, it was between me and my wife,” he said.

Stacey said that he accepts that he violated personal policy over the first post, which he isn’t disputing. But he said the post with the tape of his mouth has been misinterpreted.

“But their focus on the tape on my mouth is telling, that tells me, that tells the community, that council has some fixing to do. They have some work to do to re-gain the trust of this community. If a post of myself in response to my wife affected them that badly they had to terminate my employment,” said Stacey.

Stacey was reprimanded once before about another Facebook post, but said he can’t remember what it was about. But he said that he doesn’t regret sharing his thoughts on council transparency on cannabis, “concerning my personal opinions when it comes to issues effecting our community, I think I’m too transparent for them,” he said.

Stacey isn’t sure what his next step will be, but says he’s not angry about his termination. In the end he said it’s the community that loses.

The Kahnawake Labor Office falls under council chief Mike Delisle’s portfolio, who was contacted by The Eastern Door for this story.

“It’s an administrative, HR decision, the person responsible for labor, Mike O’Brien informed me that this was being done,” he said.

“I’m aware of some of the background that led to this but chief and council aren’t involved in hiring or firing.”

He said that because it was an HR issue he was unable to comment. He did say that he was aware of the posts but not of their content. Calls to the labor office have not been returned as of presstime.