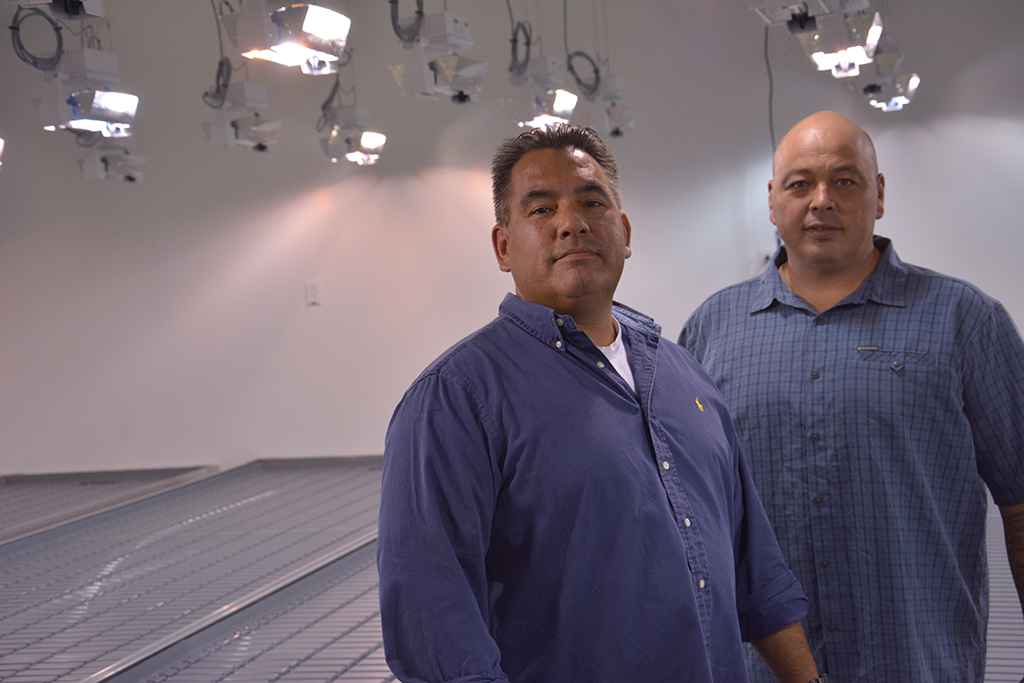 James Stacey and Thomas Lahache are at the forefront of cannabis production in Quebec, and hope to bring their knowledge home to Kahnawake, and help develop the community’s cannabis industry. (Daniel J. Rowe, The Eastern Door)

If all goes to plan, the RoyalMax Biotechnology and Sublime Culture medical marijuana facility will be operational next month.

Katsiraké:ron McComber is an assistant grower and horticulturalist at the Sublime grow-op in Laval.

“I just find it’s so fascinating,” said McComber. “The medicine, it’s not just pot. All these people here understand it on a higher level that it’s a medicine and should be treated as such… This is to help people. It’s very specific and we’re just scratching the surface medically, and it’s wonderful to be a young person my age to have the opportunity to learn from all these guys.”

Owning partner Thomas Lahache heard that McComber had been growing tobacco in his previous work and that he had a passion for gardening and growing.

Lahache and partner James Stacey invited The Eastern Door to the facility in Dorval to tour the rooms Wednesday, and learn how cannabis goes from seed to plant to sale, and also some of the political and logistical growing pains the partners went through in Dorval and their other facility in Laval (which The Eastern Door visited in February).

Both should begin production in October as the partners are in the queue to receive their growing permits from Health Canada after a lengthy wait.

“It’s been an exciting journey,” said Lahache, who started on the project in 2016. “Every day, 40-plus hours a week. Learning, working with quality assurance, building contractors, using all my expertise throughout life to get here, to part of all of this build and to prove that it’s been done, and I’m capable, is exciting.”

The local group partnered with MYM Nutraceuticals (MYM.CN on the stock exchange) to set up the shop.
Lahache and Stacey explained what’s needed to set up the 10,000 square-foot facility including the security system, water filtration, planting room process, drying, packaging and other aspects of the production.

“All of the walls are of medical grades and standards like the CHUM hospital,” said Lahache, while touring the room used for drying the plants. “We’re actually a bit better.”

The facility in Laval is larger at 36,000 square-feet with the second phase addition, but both are considered medium-sized in the industry.

Lahache and his partners also own three percent of a 1.5 million square-foot Canna Canada facility in production in Weedon, Quebec.

Though attaining the permit was a very long process, Lahache said learning why every aspect of the facility from the green safety light to the coated floors to the atmosphere controls is the way it is was fascinating and helpful.

“Educational because it gives you all aspects of the ACMPR (access to cannabis for medical purposes regulations),” said Lahache. “It is enlightening to know that you’re working on the right track.”

The team is now confident future projects will proceed much quicker.

“There were a lot of hurdles, but they were hurdles that made us learn a lot of things,” said Stacey. “Every other project moving forward will be more efficient. Through trials and tribulations you gain a lot of experience.”

The ultimate goal has always been to open a facility in Kahnawake.

“When you die, you don’t take the money with you,” said Stacey. “You keep a legacy that the Kahnawake community is going to keep flourishing as they go. All the shortcomings from the federal government could be supplemented, if not alleviated completely.”

Stacey said the team is still developing what a local facility would look like, but the team foresees an operation where the community could benefit individually from the business.

“We’re still hammering out the structure of it, but we want to include the community as a whole keeping health and safety a priority, that’s paramount, and just moving forward trying to help the community in all it’s shortcomings,” said Stacey.

“This is the future of everything,” he said. “I’m going to bring it back to my community and I want food sovereignty for us… To learn the things from these guys, yes it’s marijuana and there’s a stigma in Kahnawake about it, but the science behind growing and horticulture and food production, it’s not very far off and that’s what I want to gain out of this: self-sustainability on a massive scale.”

Mohawk Council of Kahnawake chief Rhonda Kirby told The Eastern Door this week that a partnership is possible, even with the announcement last week that council is in talks with Canopy Growth Corporation about a potential partnership to build a facility.

“There’s still an opportunity for him to be involved in any future ventures that we may have,” said Kirby.

For Lahache and Stacey, being at the beginning of what many feel will become a thriving industry is an exhilarating feeling.

“To become a leader in the industry on the eastern seaboard with Onkwehón:we people alone is exciting,” said Lahache. “To be the group of individuals that we were, to today, is no comparison. It’s an emotional concept.”

“Especially to be part of the birth of a new industry,” said Stacey. “Every day it’s changing. It’s evolving.” 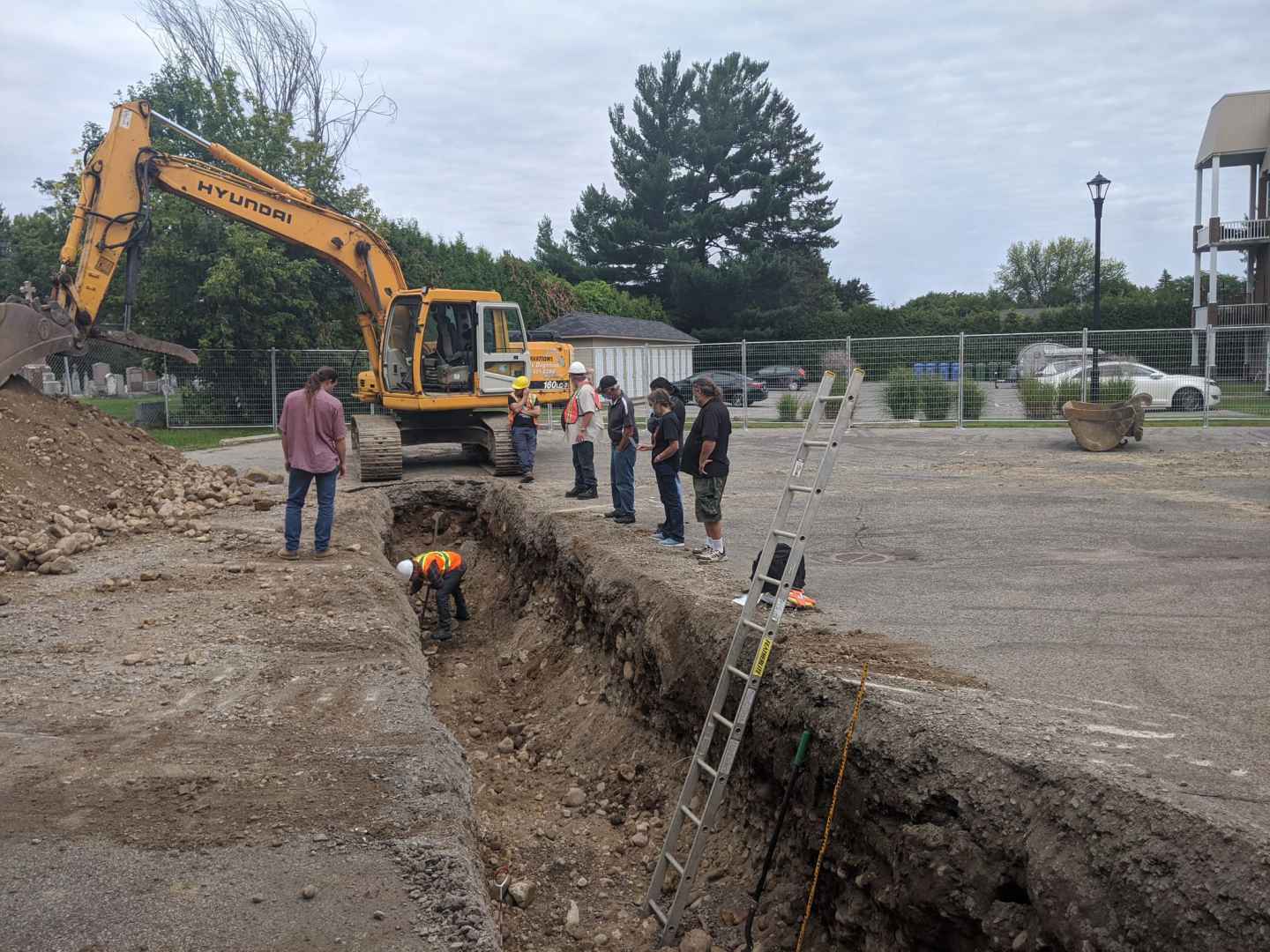 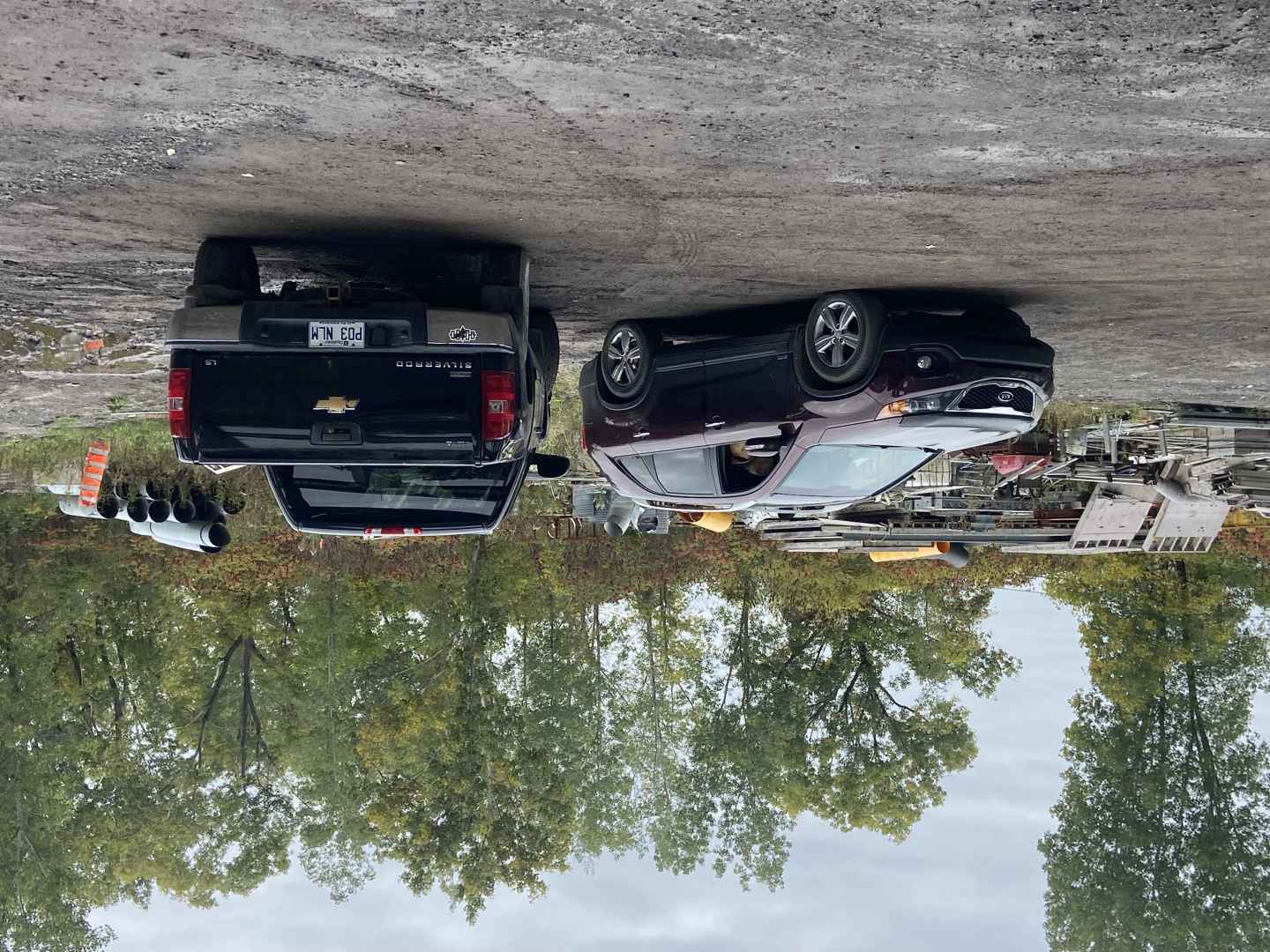