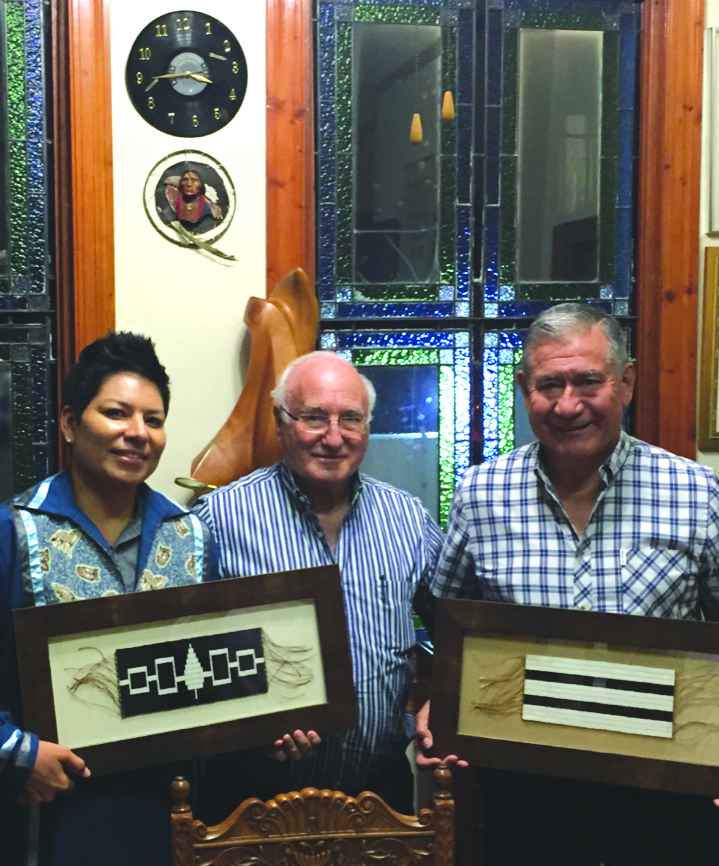 There are a number of additional language possibilities thanks to new funding from a generous donor. (Courtesy Kahsennenhawe Sky-Deer)

During the three-day trip they met with John Moshal who is the owner of Microgaming, which has an office in Kahnawake and in South Africa.

Moshal had an interest in helping out in promoting and preserving the Mohawk language, and the company paid for both Norton and Sky-Deer to fly down to South Africa to meet with Moshal to discuss language revitalization and survival.

The company has donated money in the past for language programming in the community, beginning in 2002.

Sky-Deer, who holds the language and heritage portfolio, said the initial donation was to help pay for the Rosetta Stone program for Kanien’kéha and the relationship evolved.

“In 2017 we had a discussion about further enhancing contributions to revitalize language in the community. I had submitted a proposal to ask for funds to cover a multitude of initiatives, some through the Education Center, some through the language nest or the Cultural Center,” Sky- Deer said, adding as a result of those talks, another donation was made last year to continue language development.

The current two-year full time adult language program runs until 2019 said Norton. “So they want to continue it and we get $50,000 per year (USD) to contribute towards language development,” he said.

The funding, which was donated for a period of five years, will help continue programming until 2022.

Earlier this year Moshal invited the council chiefs to South Africa, “to present on how the contribution has been working and helping in the community, as well as how it’s bolstering language proficiency in the community,” said Sky- Deer.

Microgaming is interested in continuing that past 2022, so it was agreed that new terms would be discussed in 2021 for more funding for language courses.

Sky-Deer said that the money the community has received so far has been a big help to increase the number of seats for adult students who want to learn Kanien’kéha. It helped fund the creation of another full time class last September. There are usually between 50 and 75 people who apply for the 15-20 seat class.

“We weren’t able to service enough community members every year and turning people away was discouraging,” said Sky-Deer. “So now to have two classes and to have more people graduate from the program is definitely helping and we’re hearing a lot more language utilized in the community.”