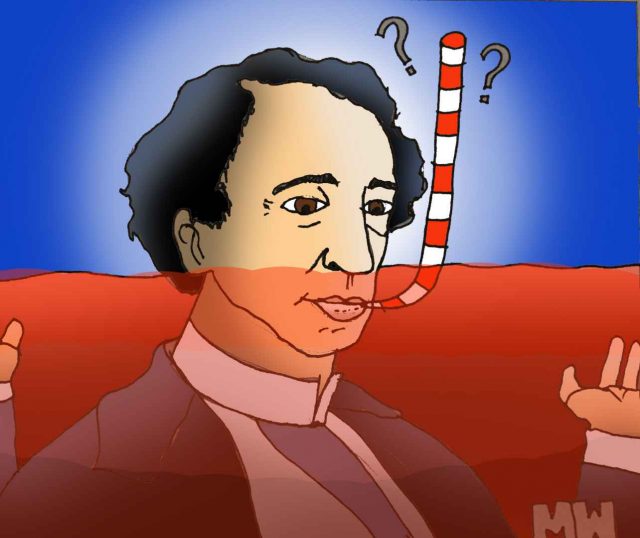 Those two words and single letter have caused quite a stir in recent months, but for Onkwehón:we, it’s old hat.

We don’t like him, his so-called legacy, what he did to us and other minorities, or anything else to do with his name.

We couldn’t care less about him, except when it comes to erasing his presence on our land.

This includes the myriad of statues in his likeness Canada has erected to celebrate a colonial tyrant, who was responsible for the killing of so many of our people, which have been painted or torn down.

Ontario stepped in to request Victoria’s statue of John A. Macdonald, after that city took it down. We expect nothing less from our loyalist neighbours to the east, with someone like Conservative Doug Ford in charge.

There is, of course, the other side: people (see Canadians) who say he’s the father of this country, who think history should “tell a story” and not be hidden by tearing those statues down, and who, essentially, are apologists for a madman.

Yes, John A. Macdonald (we won’t use sir), the first prime minister of Canada who was born in Scotland and who came here as a young boy, was a bonafide madman.

How else do you explain his insatiable lust for expansion at all costs, which meant running roughshod over the original peoples of this land?

No, he just wanted us out of the way.

And that’s why we don’t want people glorifying what he did because the effects of his actions and the actions of people like him means our people – the original peoples of this land – continue to suffer.

It’s one thing to learn the history of colonial Canada, it is quite another to have to look this murderer in the face every time you go to the city.

Revisionist history? No, more like taking back what is ours by not having to feel shameful merely for going wherever it is these statues exist.

Even his home country of Scotland is distancing itself from him these days. They aren’t proud of their native son, if they know him at all.

Scots have had their fair share of colonialism to deal with.

Make no mistake, there is a movement afoot, not only with the vandalizing of these statues, but with North American cities pushing to abolish Columbus Day and replace it with Indigenous Peoples’ Day, and an overall shift in education that is seeing children of today become smarter than their parents were when it comes to our issues.

The Truth and Reconciliation Commission helped with that, and people like Murray Sinclair continue to raise awareness on a national level, but we must continue the fight.

We are all in this together, whether you like your neighbour or not, and our job is to never let society forget we still exist and we aren’t going anywhere.

Those random years were so much harder, as Indigenous awareness and collective strength was not even close to what it is today.

The fight against environmentally-damaging conglomerates? We are leading it and non-Natives are following us into battle.

More and more of them are seeing the truth we face every single day – the injustice, the unfairness, the continued oppression.

But we’ll never stop fighting and we’ll always stand up to tyrants like Macdonald, because the minute we stop doing that we will all lose what little we have left.