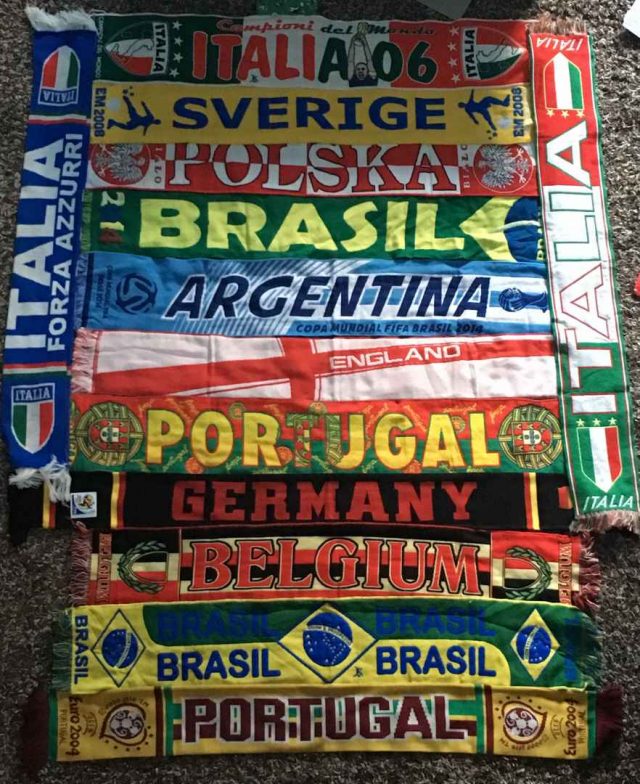 For those of you, unlike myself, who are all excited about the upcoming World Cup in Russia, this will be your guide to the “greatest” football tournament in the world. (The quality at WC is far inferior to the Champions’ League, and about four other tournaments).

I will be watching grudgingly as my beloved Italy ruined my life, thanks to a particularly horrible coach (Ventura? pshah. More like MalaVentura), and didn’t qualify for the first time in 50 years.

Now I can be like the fans every four years crowd and cheer for whomever, just like the Dutch, Americans. Go Japan!

Everyone loves cheering for the little engines that could, and in these three teams, you can find fun teams worth watching.

Egypt has the world’s most lovable and exciting striker in Mohamed Salah, and hopefully he’ll get to play. The world’s dirtiest player Sergio Ramos (Spain) tried to snap his arm off in this year’s Champions’ League final, but it looks like Mo will return to play Russia next week.  Thank goodness. He is a gem.

Peru is the darling of South America and eked into the tournament, and have slick kits and will be very fun to watch.

As for Iceland, well, it’s Iceland. How can you not? Their fans rule.

If you watch football, and you look at these rosters, you have to wonder why these teams never win.

Belgium’s manager Roberto Martinez stupidly elected not to add Radja Nainggolan to his squad (one of the toughest and most dangerous midfielders in the world), and will likely pay for that; Croatia has been so good for so long and always seem to figure out a way to underwhelm (even with Luca Modric, Ivan Rakitic and Mario Mandzukic), and Uruguay’s Luis Suarez has been known to bite.

However, all three of these teams could beat any in the tournament on their day.

Portugal would be in this group had C. Ronaldo and crew not just won the bleeping Euro Cup two years ago somehow.

Betting fans, pick these teams in the early round, and take a long shot on them against a heavyweight if the odds are good.

All three self-deprecating fan bases will always bemoan their poor little teams and how they’re just not as good as the big bad Spains, Brazils and Germanys of the world, but man, there is a lot of talent on these teams.

With a proper game plan and a bit of focus, these teams should be in the mix for the greatest knickknack in the world.

All three should, however, barring some major change in fortune, figure out a way to blow their tournament somehow possibly to one of the underdog teams already mentioned, and probably with some major controversy, red card, or absolute howler from a keeper.

If you’re not from there or haven’t cheered for them since you were 10, don’t annoy everyone and show up to watch the game in a Neymar kit.

Enjoy the games, sure, but don’t pretend you’re a fan because you remember one player’s name on the team.