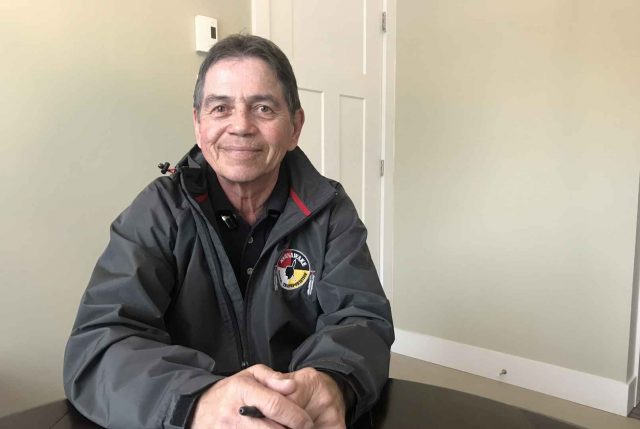 Electoral officer Angus Montour will be at the Services Complex lobby tomorrow morning ready to accept nominations for the 2018 Mohawk Council of Kahnawake election. (Jessica Deer, The Eastern Door)

Tomorrow is the day for Kahnawa’kehró:non to put their name in the hat for this summer’s Mohawk Council of Kahnawake election.

Nomination day will take place from 10 a.m. until noon in the lobby of the Services Complex. At least two new council chiefs will be sitting at the table, after Clinton Phillips and Christine Zachary-Deom have publically announced that they won’t be seeking re-election.

“What we’re hoping for is to have a candidate who hopefully knows that he or she is being nominated, with the nominator and seconder. If all three of them are there, they can fill out all the paperwork,” said electoral officer Angus Montour.

Community members interested in running must be listed on the Kahnawà:ke Kanien’kehá:ka Registry, must have 50 percent or more Kanien’kehá:ka blood quantum, be at least 21 years of age, must not be married to or living common-law with a non-Indigenous person, be an ordinarily resident, and must not have been, within the previous six years, convicted and sentenced for a criminal offense.

Montour, who was also the electoral officer for the 2004 and 2006 elections, said the unofficial nomination list will be released that afternoon, but nominees have 72 hours to declare their candidacy.

“There’s a lot of madness that happens with the unofficial nomination list that comes out because you got people on there who may not even know that they’re being nominated,” he said.

“If within that 72-hour period, we find that someone is not eligible, we have to call them and give them a letter and the reason why they’re not eligible and they’re also taken off that list.”