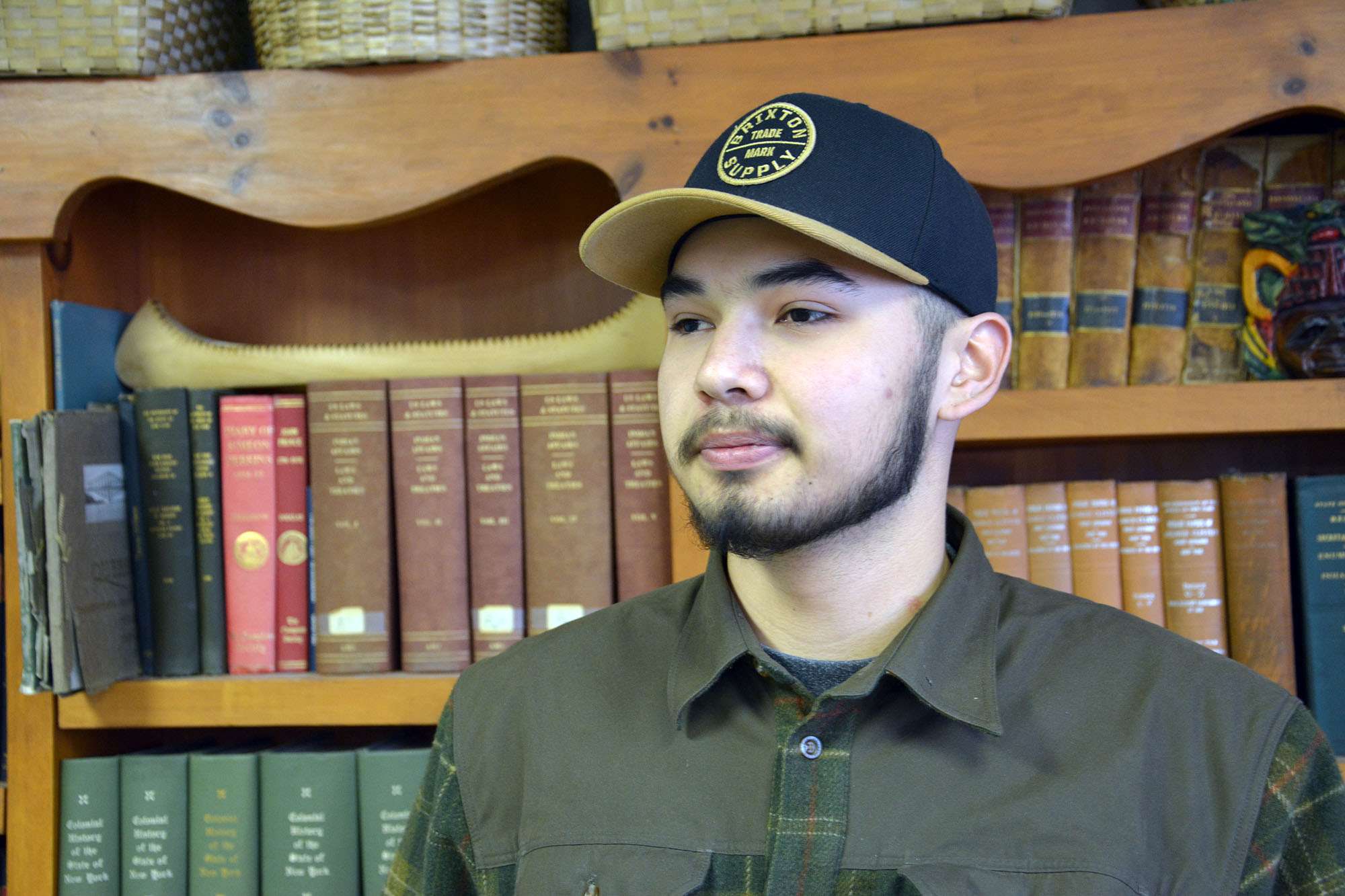 Enhakanhoton Norton’s interest in the Ratiwennahní:rats program was piqued by his brother, who graduated two years prior. The brothers are following their grandmother Helen Norton’s example in embracing the journey towards Kanien’kéha fluency. (Daniel J. Rowe, The Eastern Door)

Helen Norton’s example as a fluent Kanien’kéha speaker continues to inspire her grandchildren to embrace, enjoy and enter the journey towards fluency for the next generations.

Two years after his older brother Ro’nikonhkátste graduated from the Kanien’kéha Ratiwennahní:rats Adult Immersion Program, Enhakanhoton decided to do likewise.

“He’d always explain things about the language to me, and that really piqued my interest, how different it is,” said Enhakanhoton, 19, the second son of Tony Norton and Fawn Deer.

Enhakanhoton took the year after graduating from Kahnawake Survival School to take a semester at CEGEP and work for nine months to save money before entering the program.

If he didn’t get accepted to enter the 2016 program, Enhakanhoton said he would just apply the next time. Missing the opportunity to enter the immersion program is not something he was willing to accept.

“My grandmother’s (Helen Norton) a speaker, so that made me want to learn,” said Enhakanhoton. “And also when my brother (Ro’nikonhkátste) was in school, that’s the time we got a little bit closer, and we’d hang out more.”

Enhakanhoton’s oldest sister is Tekanakerehkwen, and younger sister Kawennitákhe attends KSS, and is already proving adept at language learning like her older brothers.

“She asks me for help with her homework sometimes, but she doesn’t really need the help,” said Enhakanhoton. “It’s more that she did it right, type of thing.”

Enhakanhoton spoke about the difference it made over the past two years becoming more and more comfortable with Kanien’kéha.

“Just how learning a language can change your view of everything, pretty much,” he said. “The way you look at things when you look at them through the perspective of a different language.”

When he entered the program, Enhakanhoton was able to introduce himself, point out a couple of objects in the room, and say who his family was.

Within the first couple months, he immediately began picking up more and more as he worked through the first year of the program, and was excited to learn the language.

“It was really encouraging because I kind of grasped everything pretty quickly,” he said. “I didn’t struggle very much.”

His reason for picking up the language quickly was simple.

“I think it’s just because I enjoy it,” said Enhakanhoton. “It gives me some kind of feeling, and I like that feeling, so I keep learning more. The more I enjoy it, the easier it gets.”

Regardless of the progress he’s made, Enhakanhoton has every intention of continuing his language journey and gaining a higher level of fluency.

“I’m definitely not where I want to be, but I feel like I could be,” he said. “You always want to keep learning more. I know I’m going to keep learning and I’m going to get better and better… I know I can’t learn it all in two years, and I know I still have a long way to go, and I have to push myself to keep going.”

Enhakanhoton continues to speak with his brother and grandmother, and is looking at work options where he can incorporate Kanien’kéha into his daily routine.

“I don’t necessarily want to be a teacher, but I do want to pass on the language,” he said.

For those discouraged about their lack of vocabulary, Enhakanhoton said that every word or phrase helped him as he gained fluency.

“Growing up, my mother, just the little words that she would say stayed with me,” he said. “When I got here, they would say something, and I’d go, ‘oh. I already know what that means.’ Even just the tiniest little words, it all encourages you.”

He said the two-year program gave him a strong base in Onkwehonwehnéha and a greater accessibility to language resources to build on.

As one of just two male students in the class of 15, The Eastern Door asked Enhakanhoton why he thought so few men decide to enter the program.

“Due to the cultural standards of today’s society, I believe men often feel obligated to go to work instead,” he said.

However, Enhakanhoton feels learning the language is essential for men and women to pass down the culture to future generations.

“That’s why I did it to because when I have children, I want to be able to pass it on too,” said Enhakanhoton. 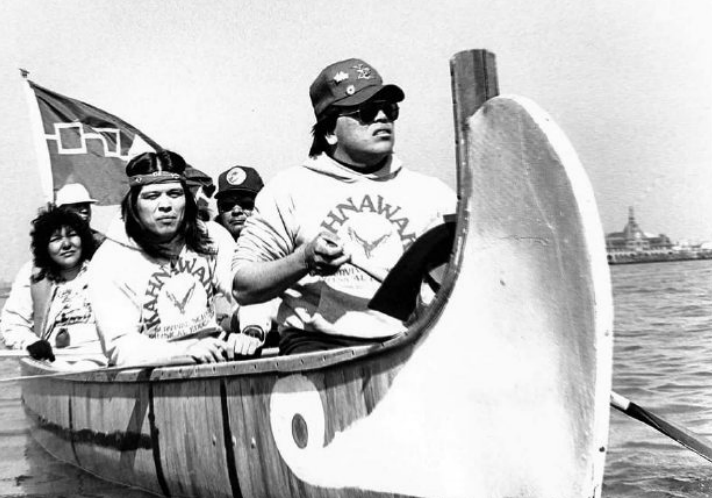 Looking back at Earth Day 1990