Skip to content
You are here
Home > News > For tóta, herself, and for future generations 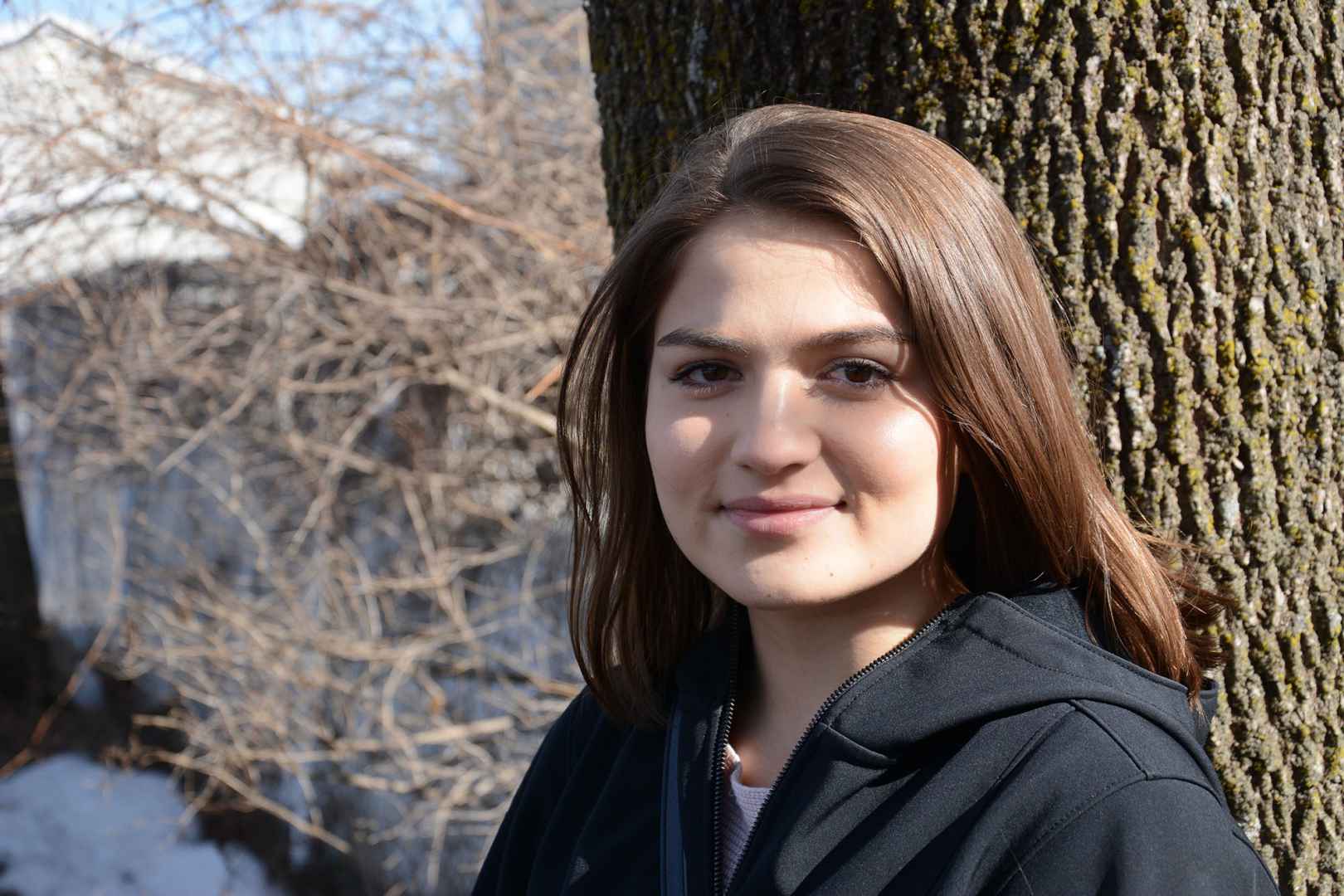 Kwahará:ni Jacobs described her two-year journey learning Kanien’kéha as the best school experience she has ever had, and something that changed her life for the better. (Daniel J. Rowe, The Easter Door)

“Ratiwennahní:rats was the best school experience I’ve ever had, hands down,” she said. “It’s something that’s changed my life for the better in a way that I’ve wanted to for a very long time.”

Jacobs will turn 20 in May, and wanted to take the two-year intensive program for most of her teenage years. She spent a summer in her mid teens with her tóta Kaia’titákhe Jacobs to improve on language skills she learned as a child at Kateri School.

The experience helped her build on her desire to know more of her language, which Kwahará:ni always had.

“When you’re little and you hear people speaking Kanien’kéha, you always want to be able to understand,” she said. “I’d go through little phases when I was little like only wanting to speak Kanien’kéha at home, and wanting to call my mom Ista and my dad Rakeni, but they were always on and off.”

Kwahará:ni began attending the longhouse around 12, and began participating a few years later. Learning the language, she knew, was essential. She realized over her years at the longhouse that her situation was similar to many in Kahnawake.

“When I first started going and not understanding a lot, I was really intimidated for a really long time, so that’s why it took me a while to start to become active within longhouse,” she said. “Then I started kind of realizing that a lot of people didn’t understand and were kind of at the level that I was.”

She entered the Ratiwennahní:rats program in 2016 after a semester at CEGEP.

“The first year was a lot harder,” said the daughter of Clint Jacobs and Layne Myiow. “When I first went into the program, I was surprised at how basic everybody else was. We were kind of all in the same boat, not understanding anything.”

Kwahará:ni said while the work in the first year was stressful, the second became emotionally taxing.

To keep her proficiency high, Kwahará:ni again lived with her tóta over the summer to help develop her cadence and dialect.

Kwahará:ni sees her journey as not just about learning the language, but also about her entire community.

“Ratiwennenirats isn’t just like if I were to take a French course,” she said. “It’s not just a language. It’s hand-in-hand with revitalizing tsi niionkwarihó:ten, our ways, and revitalizing who we are as a people.”

She continues to put stress on herself to get better, and continues to work on building vocabulary, speaking in every day settings and dissecting words for their meanings.

Kwahará:ni, who’s boyfriend Donovan Thompson is in his first year of the other Ratiwennahní:rats class, hopes to teach in the future and develop language programs to bridge the gap between elementary school levels and when she started the program at 17.

The two years opened her eyes to more than just the rules of subjects, verbs and nouns.

“I’m a lot less ignorant now that I was to our culture, to our ways even though I was active in the longhouse for years before starting Ratiwennahní:rats,” she said. “Our language and our culture go hand-in-hand. It’s hard to do one without the other.”

The challenge for Kwahará:ni is finding ways to use Kanien’kéha to express herself in all situations, such as speaking to her nephews.

“A lot of the things that I had as a child that I would like to share with my children, I can’t necessarily right away in the same sense that I would have before I started Ratiwennahní:rats,” she said.

“Deconstructing a lot of the things that you’ve built as personality traits in English and being able to find a way to reconstruct them through Kanien’kéha. It is really hard. It’s not as simple as just speaking a language. There’s an entirely different meaning to a lot of the things while you’re speaking Kanien’kéha. It’s a completely different culture and you see that when you speak the two languages.”

Kwahará:ni puts a great deal of pressure on herself for a specific reason. 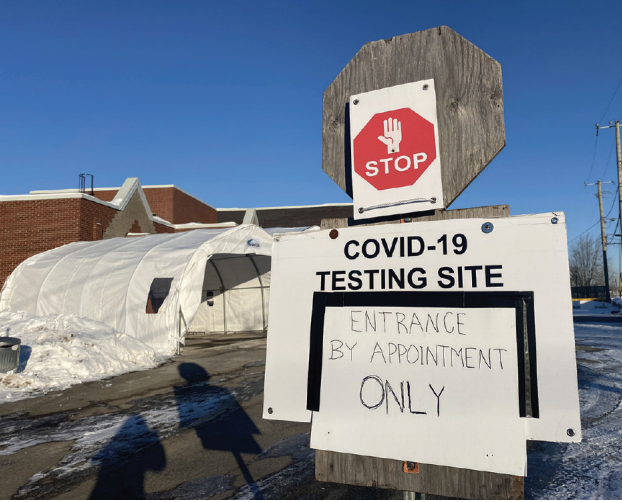 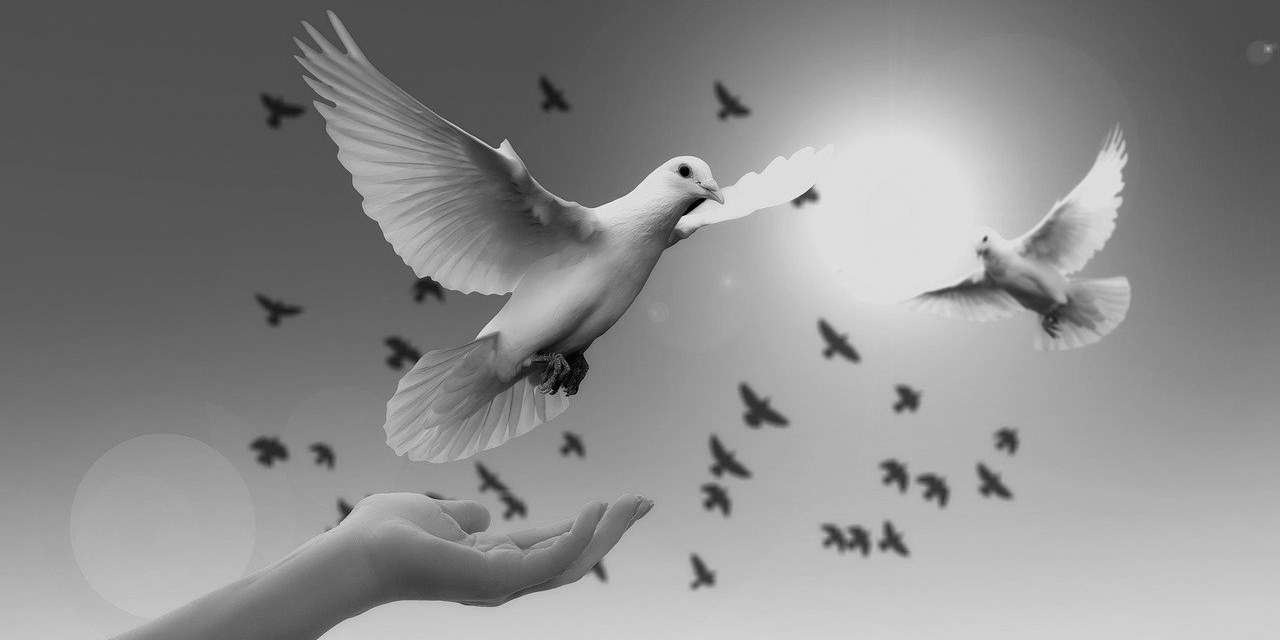 What spirituality can teach us about ourselves