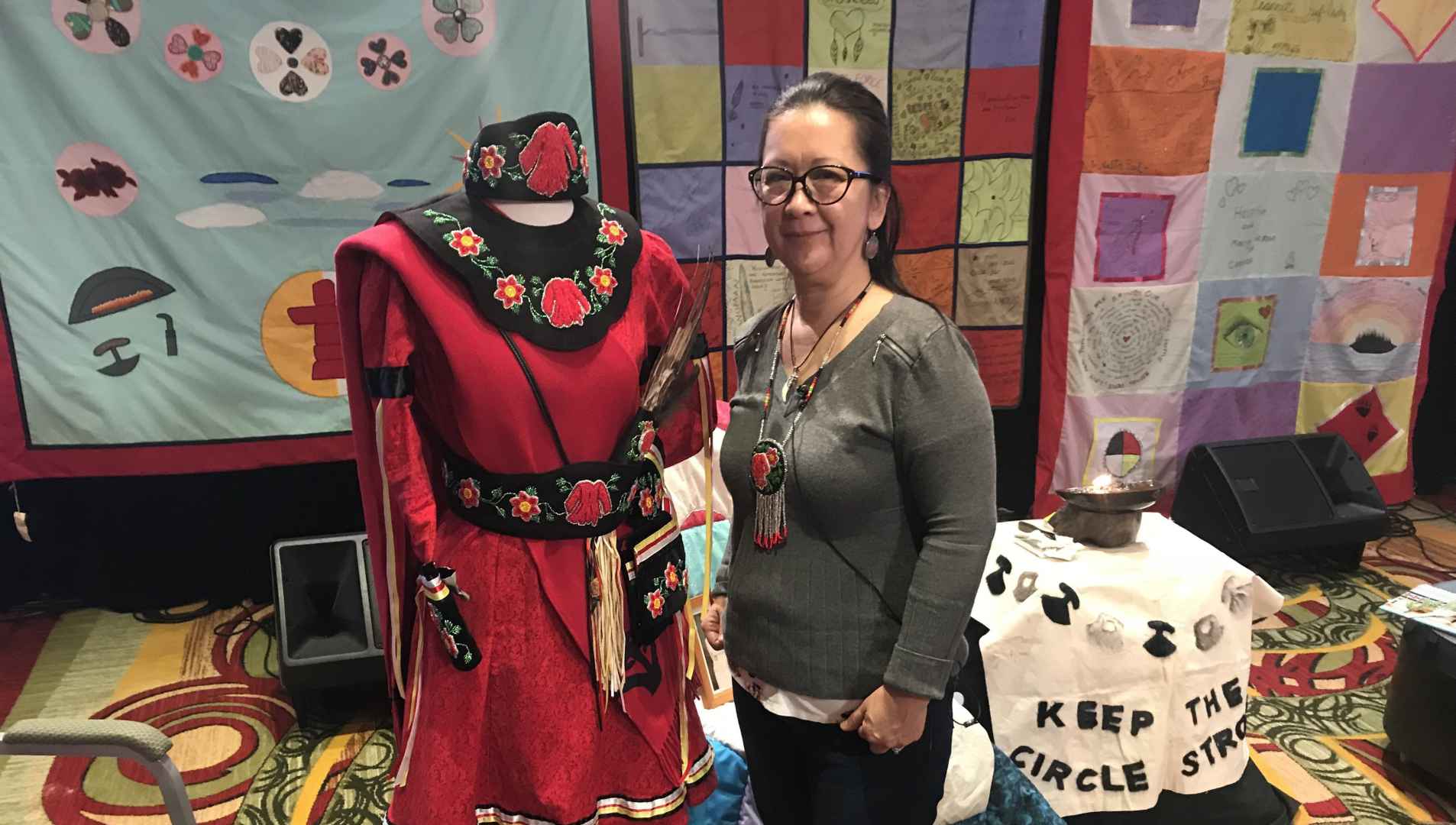 Warning, this article contains sensitive words not suitable for everyone. The National Inquiry into Missing and Murdered Indigenous Women and Girls has a toll-free crisis call line and is available to provide support for anyone who requires assistance. Please call 1-844-413-6649 if you or someone you know is triggered and needs help or support as a result of reading the content in this or related stories.

Healing was at the heart of Kanehsata’kehró:non Cheryl McDonald’s testimony last week, as she shared the story of her sister’s disappearance and death at the National Inquiry into Missing and Murdered Indigenous Women and Girls.

Carleen Marie McDonald was 25 years old when she snuck out of her parent’s house in Akwesasne on September 4, 1988, never to be seen again.

“Carlene was a rambunctious little spirit,” said Cheryl on Monday, as the first public witness at the inquiry’s community hearings in Montreal.

She described her sister as a tomboy, tough, and as someone who wore her spiked coif after her love for Rod Stewart.

During Cheryl’s testimony, she shared a photo of Carleen proudly wearing a bright red Mohawk Nation shirt, which was shown to the audience. It was the last photo of her, taken in May of 1988, before she got braces.

The orthodontic records helped identify her remains when a body was found seven weeks after her disappearance by a deer hunter in the woods near their parent’s home in the Tsi Snaihne district of Akwesasne.

Days after the police removed her body Cheryl and her family were horrified to find a blanket with some of Carleen’s remains left at the scene. The memory still haunts her today.

“They left her hair. We went with the priest, a faith keeper, my dad’s aunts, and the kids,” said Cheryl.

“They left the crime scene. They left us to find her and pick up her hair like it was a dirty wig.”

She testified about the frustrations dealing with the Akwesasne Mohawk Police Service, who were in charge of the investigation into Carleen’s disappearance.

“I spent many weeks in between staying with my parents, looking out of the window at night and just wondering where is she? Is she coming back? Why aren’t they looking for her?” said Cheryl.

“One day I looked out the window at the kitchen sink and there’s the conservation officer’s car flying by my parent’s house and into that field. Again, I called the police chief and said, ‘what’s going on?’ Someone lost their dog. Someone lost their dog and you’re sending a car to look for them and my sister could be laying out in those woods?”

Cheryl struggled to understand what might have happened to her older sister, switching back and forth between her death being a suicide or thinking foul play was to blame.

Carleen left behind three young children. A suicide note had been left behind, in her handwriting, but Cheryl was suspicious of her sister’s common-law husband (now deceased).

The couple had broken up earlier that summer, and Cheryl testified he had been abusive. He told the police Carleen was probably out drinking and partying.

“They believed him and he wasn’t a suspect. I suspected him. I just kept getting more and more suspicious of him,” said Cheryl. “I had no evidence. No evidence, no witness, no body, no charges. Unfortunately that’s still the case for many families out there struggling with the law because the law is the law.”

As a way to focus on her own healing, Cheryl eventually settled on deeming Carleen’s death a suicide.

“I had to leave that in the hands of the Creator. She’s gone now and there’s nothing I can do. Only the Creator knows. But, I know she’s not hurting anymore. I know she’s at peace.”

For 27 years, Cheryl remained silent about her sister’s death. She said sharing her sister’s story, at first during pre-inquiry gatherings three decades later, has helped her healing journey.

It was also during that time she began creating a new set of regalia, clad with beaded silhouettes of a red dress to honour missing and murdered Indigenous women.

“This dress makes me want to dance. This is the first regalia I ever wore in my whole life,” she said.

“When I put on that regalia, she dances with me. I have to honour her for showing me how life ends or how life begins. She was the greatest teacher.

“She showed me how to be strong, how to communicate if someone is mistreating me, how to love my kids when I didn’t feel like it. She taught me to love them.” 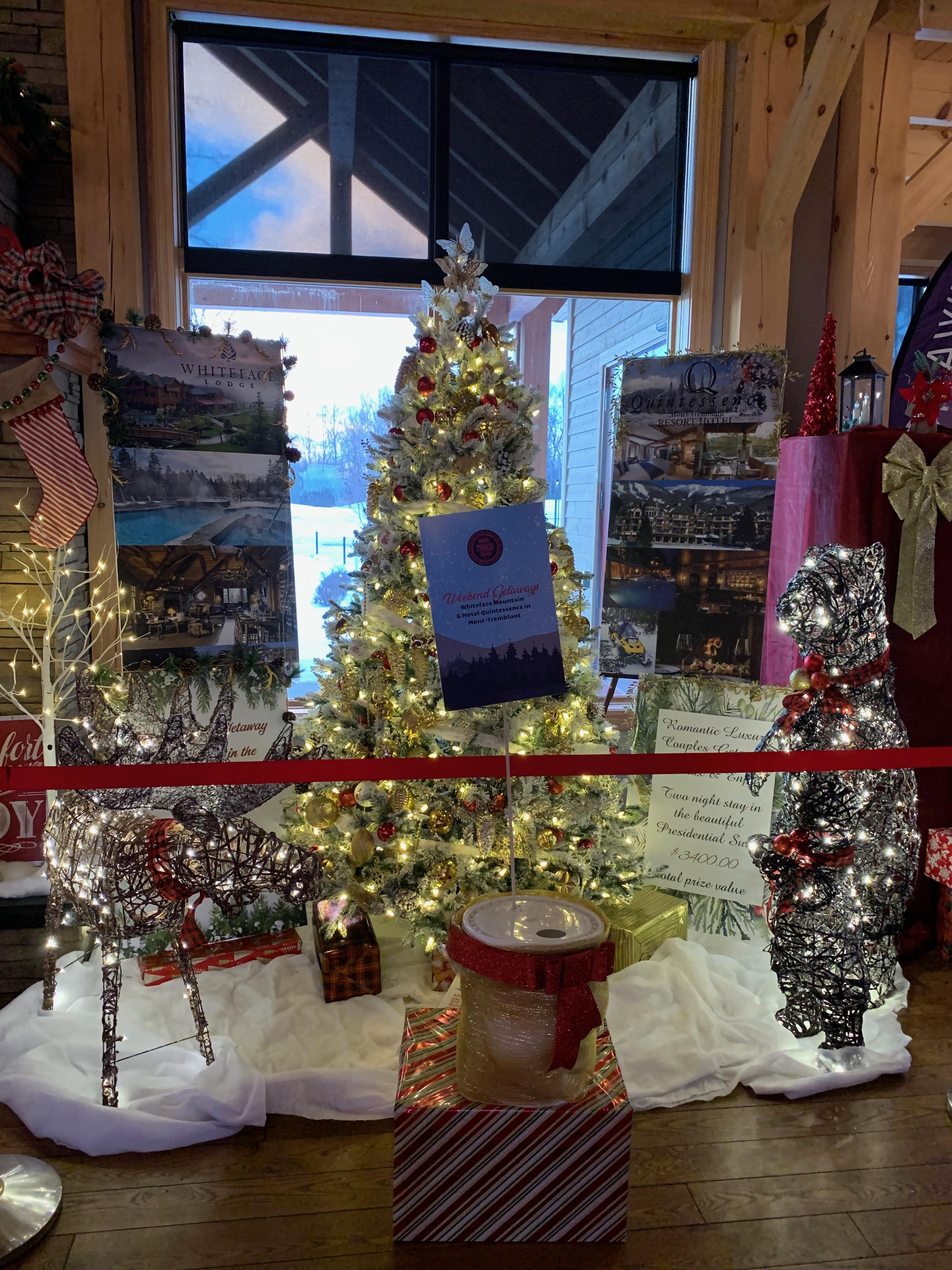