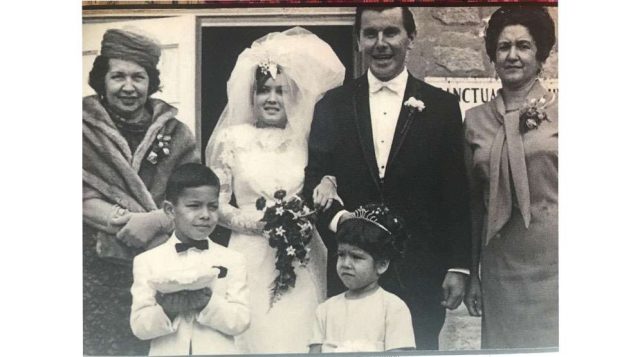 Archivist Eric Pouliot-Thisdale’s columns for The Eastern Door, though straightforward and perhaps dry to some, hold histories brimming with life for those with the patience to dive into them.

Pouliot-Thisdale visited Trina Stacey at the KOR Cultural Center in 2015 when working on a column exploring the late 1800 and early 1900 censuses in Tioweró:ton (Doncaster).

Stacey, a lover and semi-resident of the northern territory, was drawn to a mention of a relative of hers: Jules Sasennowanen Decaire, or Ceel as he was commonly known.

It wasn’t the first time she had spoken about her great-grandfather, who was born in 1873, died in 1945, and was married to Mary Tekahentakwa Lefebvre.

“When I was in physiotherapy there was always these elders there, and they would always say ónhka ne sa’nihsténha? ónhka ne ia’níha? (who’s your mother/father),” said Stacey. “They’d go, ‘I knew your grandmother Maude, and her father Ceel.’ That’s what they all called him: Ceel Decaire.”

The census Pouliot-Thisdale was researching (published in The Eastern Door vol. 24 no. 47) matched what the elders told Stacey about her great-grandfather’s occupation.

“And it says that he was a lacrosse stick maker,” said Stacey. “I thought that was so awesome because I didn’t really know too much about my dad’s side of the family, and I like to research.”

Stacey looked up her father’s family, going through her tree, and searched for Ceel, which led her to a place she hadn’t expected.

“It came up, the American Patent Office, so I cross-referenced all the dates and whatnot and sure enough, my great-grandfather Ceel Decaire submitted a patent to the United States Office in 1907,” said Stacey.

“So he had a patent for lacrosse sticks, his specific style of netting,” said Stacey. “You can go on Amazon right now and some random person bought the picture and is selling posters of my great-grandfather’s patent style.”

The user, Larkin Supply, lists the 1908 Ceel 891813 Lacrosse Stick Patent poster for $8.95. Stacey collected the image as well as one of the official US Patent document, and posted them on her Pinterest page.

Ceel’s family did not remain in Tioweró:ton, as his daughter Maude (Martha Katsitsienhawe) married ironworker Louis Karonhiakeron Stacey, and moved to Brooklyn, leaving the northern territory, the woods, and all that it entailed behind.

“They moved to New York and lived that kind of life, so my father (Joesph Walter Stacey) was born in Brooklyn,” said Trina.

Trina’s aunt Mary (Joseph’s sister) said her mother (Maude) didn’t talk much of living in the north and her family except that the territory was there for Kahnawa’kehró:non to use.

“Everything my dad’s family knew was all about Brooklyn and New York and they had the fancy clothes, and they’d come back in the summer with their fancy cars, and they knew all the new hip dances,” said Stacey.

“That’s kind of like what their focus was, but she (Mary) said, ‘ma (meaning my grandmother, her mother) would always say, ‘You know, there’s land up north for you. You have to go there.’”

Trina did indeed go there, and now spends as much time as she can in Tioweró:ton, reclaiming her family’s love of spending time in the woods.

“I really did!” said Trina, whose cabin overlooks the plot, Range Seven, where her great-grandfather applied his trade.

“I guess I’ve just been more attuned to nature, and I obviously still love going there, and I felt really connected to it even before knowing all this history,” said Trina. “Now it makes me feel more connected.”

The rules now forbid those with cabins in Tioweró:ton from setting up businesses on the territory, which is something Stacey laments.

“They’ve made Tioweró:ton more into this country cottage campground, but that’s not what it actually was,” said Stacey. “They went there and lived there and he (Ceel) worked there, and they harvested to make his lacrosse sticks.”

The year of the census, Ceel made $600 selling his sticks.

Trina would prefer living in the north to in the community, like her teiohsotsherá:ne did.

“For someone like myself who finds peace in nature, why can’t I go live there and make my life in nature instead of living in this messed up Kahnawake?” said Trina, who intends to live there when she retires.

“It’s got this whole different flow in Kahnawake, and it’ll eat you up if you can’t keep your head above water, but when I go to Tioweró:ton, for the most part, when I’m out in the bush by myself enjoying nature, I feel real connected and at peace, but I’m not allowed to live there because it’s a campground.”