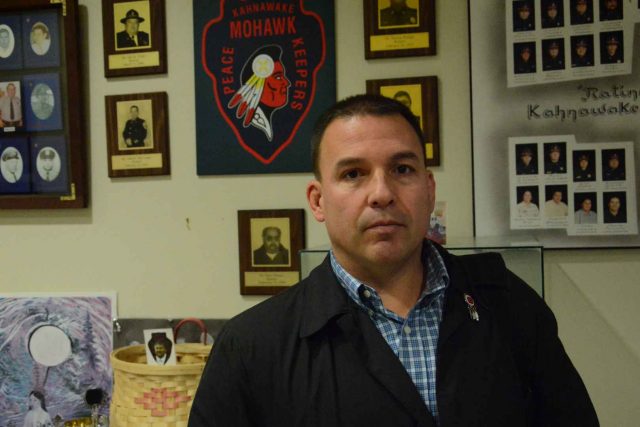 “It is additional funding, we are in desperate need of additional funding, so they’re cautiously optimistic, but at the same time, everybody is still looking for this essential service status to come about,” said chief Peacekeeper Dwayne Zacharie, who is also the president of the First Nations Chiefs of Police Association.

The additional $144.4 million will be for the next fiscal year to support officer safety, policing equipment and salaries, as well as $44.8 million, starting in 2019–2020, for up to 110 additional officer positions.

“The First Nations Policing Program is a critical service that protects the safety of Indigenous Peoples through culturally relevant policing,” said Ralph Goodale, minister of Public Safety and Emergency Preparedness.

“This new funding will be ongoing, so communities can count on it for the long-term. It’s part of our commitment to work together with Indigenous Peoples to make real progress.”

In October, the First Nations Chiefs of Police Association passed a resolution at its annual general meeting expressing concern with the current status of the program, asking the government to make the service an essential one with sustained funding to meet the needs of each department.

“We don’t want to have to worry in five years, is First Nation policing still going to be relevant, or important, or needed?” said Zacharie.

“The program itself is dated and it hasn’t grown at the same rate as some of the First Nations police services that we have in the country. We want to be recognized the same as our counterparts. We don’t want to be second-class citizens.”

The program has been in existence since the 1990s, with the current agreements being five years in length. The funding prior to Goodale’s announcement hadn’t changed since 2006.

As for the Peacekeepers, Zacharie said there’s the desire to expand and receive additional advanced training for their officers.

“The reason we do this is because we want to provide a service that is appropriate to our community because that’s what it’s about. It’s about the safety and security of our community, first and foremost.”

Mohawk Council of Kahnawake chief Gina Deer said council will be pushing on the political front to have the program recognized as an essential service.

“Overall, it’s a very good start in the right direction for First Nations policing,” said Deer. “We would like to work towards having this deemed an essential service and not always have the threat of having the program cancelled.”

Deer herself is a former Peacekeeper before running for election.

“Every community is unique. Even as Mohawks, Akwesasne to Kahnawake, there’s a great deal of difference in how we operate and do things. It’s important to have our own policing within our own communities,” said Deer.

“We see what’s happening with the racial discrimination and things like that out there with the general policing services, whether it be the RCMP or provincial. You don’t really have that when you have your people policing each other,” said Deer.