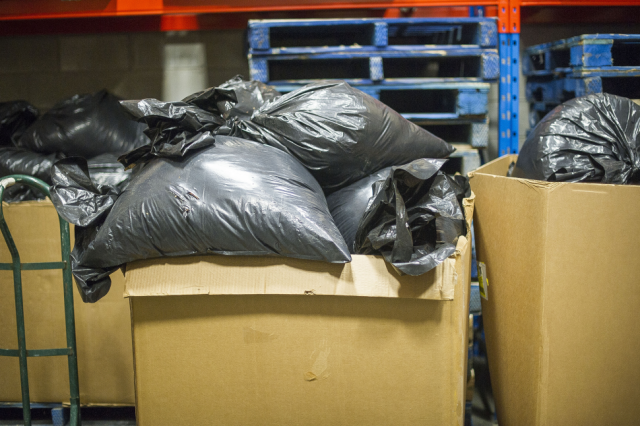 Tobacco, money, and a boat that was used to transport the tobacco were seized by the RCMP in a recent investigation dubbed Project Cendrier. (Courtesy RCMP)

Several Kanien’kehá:ka from Kahnawake, Kanesatake, and Akwesasne were named in an RCMP operation targeting ‘contraband tobacco’ trafficking in the Valleyfield region this week.

Mohawk Council of Kahnawake chief Gina Deer said the arrests infringe on Canada’s and Quebec’s endorsement of the United Nation’s Declaration on the Rights of Indigenous Peoples.

“If they really truly are embracing it, then they need to look at the industries we’re involved in and come to agreements with us around those industries so that people are not criminalized,” said Deer, who holds the tobacco and economic development portfolios.

Gasse said nine of the individuals had been arrested as of Tuesday afternoon, and appeared at the Valleyfield courthouse. They face several criminal charges, including possession of unstamped tobacco products under the Excise Act, 2001 and the Controlled Drugs and Substances Act.

“There was some cocaine seized, but it was during a previous operation last year,” said Gasse. “This one was just about tobacco.”

Over 30 individuals were arrested since the first wave of arrests on December 8, 2016, with 230 kilograms of cocaine seized that was destined for the Montreal market.

Project Cendrier marks the third major police operation involving Kahnawa’kehró:non and their involvement in the tobacco industry in the past decade following the Surete du Quebec’s Project Mygale in 2016, and the Montreal Police’s Project Machine in 2009.

“Tobacco is a product that belongs to us originally and it’s a little bit hard with that product specifically to be criminalized for continuing the trade that’s gone on for centuries,” said Deer.

“As long as it’s strictly tobacco-related charges, for us at Council, we think it’s a really sad day when individuals get charged for doing that trade just because the government is not getting their tax money. That’s what it is all about. The bottom line is about the dollars and the government wants tax dollars.”

Deer said there’s been little movement on coming to an agreement with Quebec on tobacco. She said the lawsuit that a group of 11 gas retailers lost in 2015, that argued the tax assessments they were forced to pay for Non-Native clientele went against their tax exemption rights, also has had an impact on provincial discussions.

“It’s been very slow. Quebec is really looking at the gas tax situation more than the rest of the taxes in light of the court decision,” said Deer.

“It’s a reality that you’re going to be charged because we can’t come to an agreement on that yet. I’m just hopeful that if we have an agreement on petroleum, that we can later on look at other agreements around the products.”