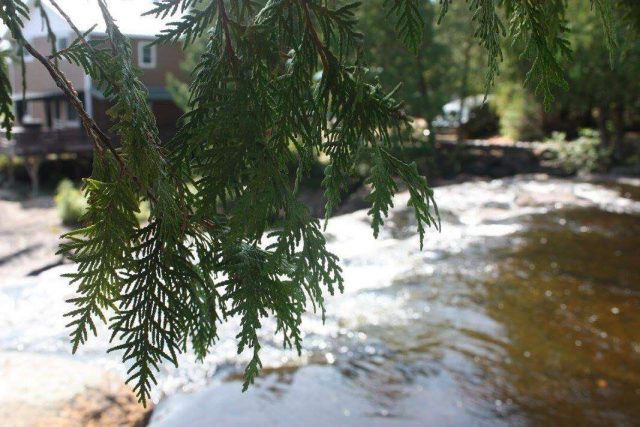 Kanesatake grand chief Otsi Simon is not ready to make a deal on money owed for maintenence in Tioweró:ton until some of the numbers are explained to his community’s satisfaction. (Courtesy Paxton Phillips)

The Mohawk Councils of Kahnawake and Kanesatake agreed to enter mediation over the debt Kahnawake says Kanesatake owes for maintenance of Tioweró:ton dating back over a decade.

A mediation session was scheduled in September and subsequently cancelled after Kanesatake’s council called off the meeting.

“The mediation happened quickly and we really didn’t know where we were standing with this whole mess here, and the more we started digging into it, the more questions that were arising,” said Simon.

The mediation session began after Kahnawake’s council instituted a lawsuit against Kanesatake in April to recover substantial maintenance fees that Kanesatake has not paid between 1999 and 2016 for upkeep of Tioweró:ton.

Simon said Kahnawake’s council was demanding a counter-offer to the $1,229,929 Kanesatake allegedly owes for those bills.

Kahnawake council chief Gina Deer said she could not comment on the details of the mediation.

“It’s still privileged,” she said. “There’s an agreement made by both parties.”

Deer did give a general impression on how Kahnawake sees the mediation.

“At this point, I guess the best thing I could say is that we’re being patient and hopeful,” she said.

Simon said that before agreeing to any payment options, he would like some things clarified when it comes to the running of Tioweró:ton.

“There’s some stuff there that just didn’t chime right, and we had a lot of questions about what’s the origins, source of the debt? Why did it explode so much since 1988?” said Simon.

Simon drew attention to the explosion of cabin construction in the northern territory and does not agree that Kanesatake should be on the hook for a third of the maintenance fees when his community accounts for just under two percent of the cabins (six of 302).

“We’re wondering why was this necessary and why are the services increasing?” said Simon. “There’s a lot of questions that need to be answered before we make any kind of counter offer because if we go by what they’re spending a year, which is almost $300,000, if we go by one third/two thirds, then our end would be almost $80,000 a year, which we can’t afford. Either way, we’re screwed.”

Simon is intent on finding an amicable solution for both communities to avoid any tension between the two councils.

“We’re trying to be level-headed here; somebody’s got to,” he said. “We’re trying to find the best way to do this either through economic development partnerships up north or Joe Norton and I go up to Ottawa and demand that the minister of parks or whatever minister is involved to get some funding, so that we can pay for the services there. Or we could do both.”

Kahnawake’s council launched the lawsuit after lawyer Louis V. Sylvestre placed a lien on Kanesatake’s portion of 104 acres that the two communities hold in trust adjacent to Tioweró:ton. Sylvestre is owed around $1.5 million for services the lawyer performed in the 90s.

Simon said he is working on the file and is confident he can get Sylvestre’s claim dealt with in the near future.