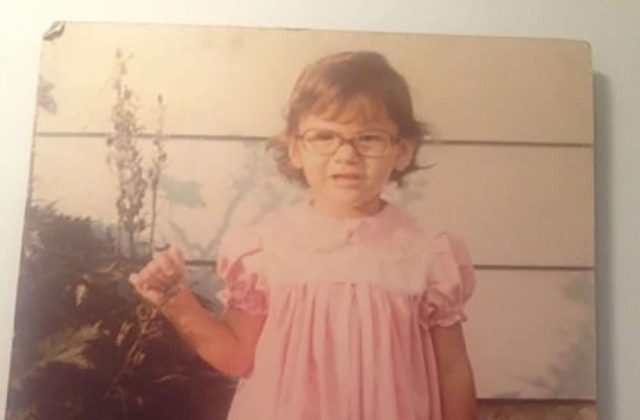 The photo of Nakuset that was used in a catalogue of Indigenous children from the Adopt Indian Metis program. (Courtesy Nakuset)

Several Sixties Scoop survivors are feeling mixed emotions over Ottawa’s proposed $800 million settlement with those who lost their Indigenous identity as a result of being adopted out of their communities.

“Money is not a cure-all,” said Tealey Normandin, an outreach worker at the Native Women’s Shelter and a Sixties Scoop survivor.

“It’s not going to take away the pain from the past, it’s not going to make things easier, at the same time there’s not enough money right now to help everybody and all the organizations to reach out and offer services that are needed for adoptees.”

On October 6, Crown-Indigenous Affairs minister Carolyn Bennett announced First Nations and Inuit children who were removed from their homes between 1951 and 1991 will be entitled to compensation from a $750 million fund.

Up to $50 million will also be earmarked to establish a foundation to provide access to education, healing and wellness and commemoration activities.

An additional $75 million is being set aside for legal costs.

“The Sixties Scoop was a dark painful chapter in Canada’s history. The survivors have identified the loss of language and culture, and therefore their identity, as the greatest harm. The creation of a foundation will directly address the need for survivors to claim a secure personal cultural identity,” said Bennett in a statement.

The settlement comes after an Ontario judge has ruled in February that Canada failed to take reasonable steps to prevent thousands of First Nations children who were placed with non-Indigenous families.

Normandin, a Kanien’kehá:ka from Kahnawake, was put into foster care directly after birth. At three years old, a single mother from LaSalle adopted her. Her younger biological sister Denise Chenel was also adopted from the same agency and was raised in the United States.

The government has yet to explain how survivors will apply for compensation or prove their claim.

“I think this is going to open a big can of worms. People are going to be shut out. They’re going to have all the trauma from being a part of the Sixties Scoop but not get compensated because someone forgot to sign a form,” said Nakuset, the executive director at the Native Women’s Shelter of Montreal.

Nakuset, a Cree woman from Lac La Ronge, Saskatchewan, was adopted when she was three years old by a Jewish family in Montreal.

“I was put in a catalogue,” she said. “Whatever amount they’re giving us, it’s not enough.”

“Who is eligible, what documents are you going to need? What kind of proof? What kind of hoops are they going to make you jump through?” she said. “I’m here dangling not knowing which way to turn, and at the same time, it’s bringing up a lot of emotions. My stomach has been in a knot since Friday just thinking about this.”

Normandin is thankful for the network of adoptees she’s met at the 3rd National Bi-Giwen Indigenous Survivors of Child Welfare gathering last month in Ottawa.

“Just being in a room with another adoptee, and knowing that when you’re looking at someone in the eyes, you don’t have to say a word because the feelings that you both share and the experiences,” she said.

“I have serious concerns about how it’s going to be administered, and who’s is going to administer it – I definitely don’t want people in there that are not survivors and have no idea what we need,” said Cardinal.

“We hope that we can continue doing this work and that we have proper funding so that we can give everybody a chance to come. We miss a huge demographic of people, and I’m not even talking about the people that are in prison or the ones that are homeless. There are so many Sixty Scoop survivors that need these services.”

As for the fund for individual compensation, Cardinal said it’s not enough.

“I do not think it’s enough considering how much we’ve lost. We literally had our identity altered, we’ve grown up most of our life away from our families thanks to the government, and I think we deserve a lot more than that,” she said.

“I definitely want to see people who have a right to those funds, have access to those funds – whether they’re incarcerated, homeless on the street. The government needs to make sure that everybody gets it, even the ones that are out of the country.”