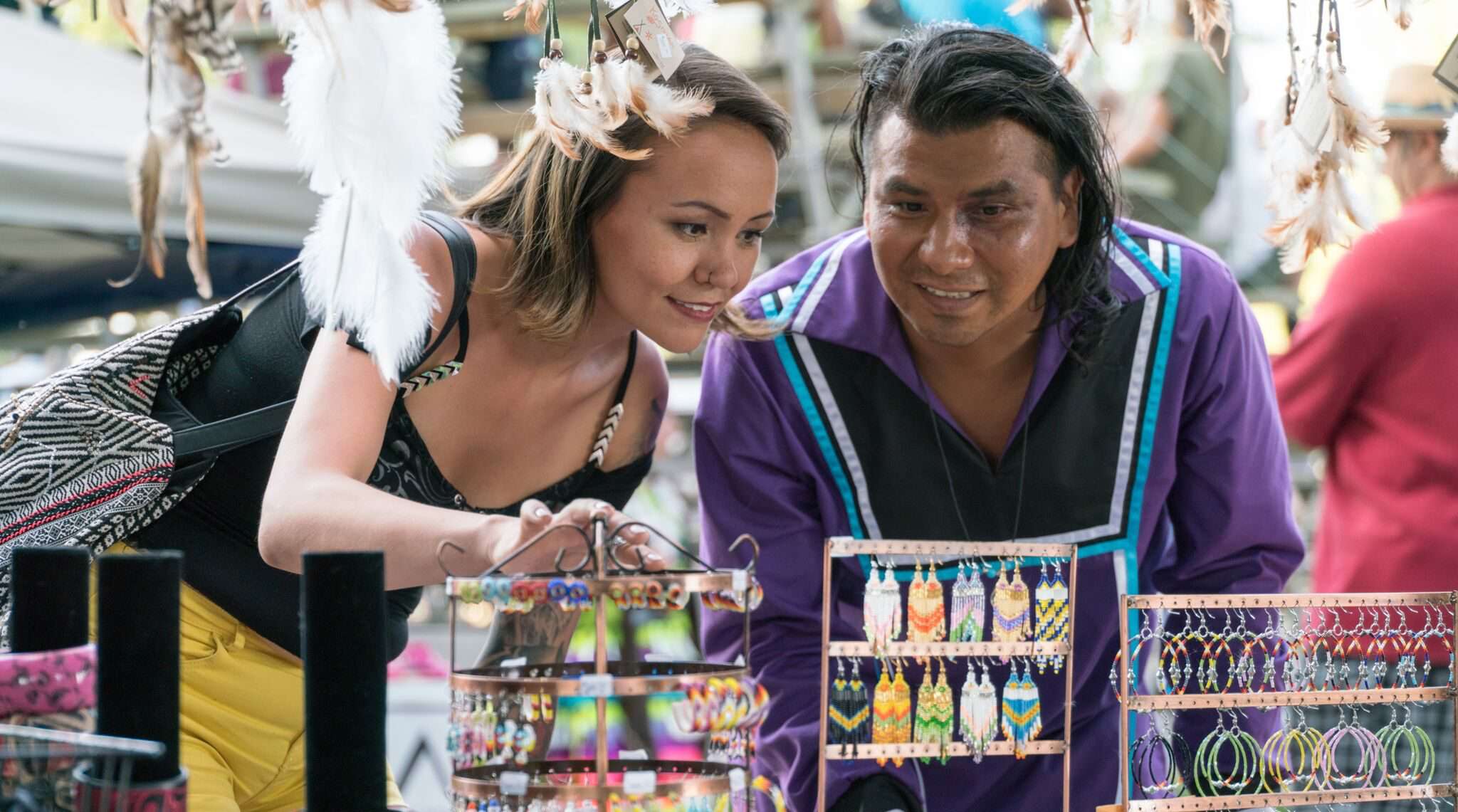 Iqaluit actress Maika Harper – was the first of three Mohawk Girls to give birth during the series’ production, and spoke about the emotional strains of performing through the process. (Courtesy Rezolution Pictures)

The four Mohawk Girls are back for a final season of romance, comedy, picnics and a swing or two from a jealous ex.

“I can’t even fathom what it’s going to be like,” said Harper. “I’m not ready to let go at the same time because it’s been five seasons of playing with this character, so to finally let go is going to be a big change.”

Pudavick lived in Kahnawake during season one’s shoot, and wrapping the shoot will leave a hole in her world.

“I fell in love with this town when I was here for those six weeks, and met so many amazing people that are still friends to this day,” she said. “I haven’t seen the other side of it for people who don’t love the show… All I get is the good feedback. I love that, and I’m going to miss being here every spring. That’s one of the hardest parts for me. It’s part of my life.”

In those five years both women discovered the unique reality that is Kahnawake, while their personal lives changed in dramatic ways.

Harper was pregnant while shooting season three and Pudavick arrived on set last year with a five-week-old baby girl.

Both spoke about the physical and emotional challenges of shooting a TV series, while beginning their journeys as mothers.

“Emotionally, I was all over the place,” said Harper. “You’re not really ready to open those flood gates so easily, and when you’re acting you do, and sometimes I couldn’t reign it back in because my emotions as a pregnant woman were already at their peak.

“A couple of times, I had to take some time to myself and regroup, reassess and get it together because once you open those gates it just sort of floods out.”

“It was the hardest thing I’ve ever done in my life, to shoot with a five-week old baby,” said Pudavick. “I did it, and I survived it, but I won’t do that again. I won’t work so close to giving birth. There’s a maternity leave, and time you’re supposed to be with your baby for a reason, so I’ll try to keep that in mind next time around.”

Local star Heather White (Caitlin) is pregnant this season, and co-star Jimmy Blais is expecting a baby with his partner in six months.

Blais plays one of Bailey’s romantic partners, Watio, and spoke about watching his co-star work and mother simultaneously.

“I definitely know it’s not going to be as hard (for me), that’s for sure,” said the Plains Cree actor living in Montreal. “It’s inspiring to know that they can have their babies with them.

“Last season, when I was with Jenny, she was never on break because when she was on break, she was feeding her or she was taking care of her baby and she’d get right back to work. It’s inspiring to know that they’re so strong and they can work so hard. I’m here and I have zero to worry about.”

Pudavick said compartmentalization is the key, and that the two actors leaned on each other throughout the period.

“We were there for each other because we were losing our minds,” said Pudavick.

Harper spoke at length about the show’s controversy and how her community in Iqaluit responded to it.

“I think it’s the same up in Iqaluit, you either love it or your hate it,” she said. “I think because it touches on a lot of really sensitive matters when it comes to a small town, it reads that way. Some people love it, and some people really don’t like it, and I get that. I understand why.”

Both women, along with White and Kahnawa’kehró:non actor Brittany LeBorgne (Zoe), know that with a show like Mohawk Girls will come with polarizing reaction.

Harper’s friends and family responded much like the local talents’ network did.

“I grew up there, so most people just speak to you like you’re you,” said Harper.

“There are no limitations or anything. They generally voice their opinions and they’re pretty loud.”

For Pudavick, friends and family like and dislike the show as expected, but walked away from it with a similar refrain.

“Everyone has loved and supported what we’re doing, which is bringing awareness of this world, Kahnawake, the Mohawk culture, that they had no idea about,” she said. “They loved that they’re learning along the way I did when I got here, what I learned about everybody.”

On a personal note, Pudavick spoke of her beloved grandfather, who passed away two weeks before she was cast, and what it would have meant to him to see her portrayal of a Mohawk woman on screen.

“When we were getting ready and I was becoming part of this world, I was really proud because he’s my Cree connection in Norway House and I know he would have been really, really proud that I was part of this show.” she said.

Harper has seen the show’s wider influence, and feels the show relates to people far beyond Kahnawake’s borders.

“It covers all bases,” she said. “It manages to relate to the people where I’m from and that’s a totally different place. I think it translates really well with small communities and people in general.” 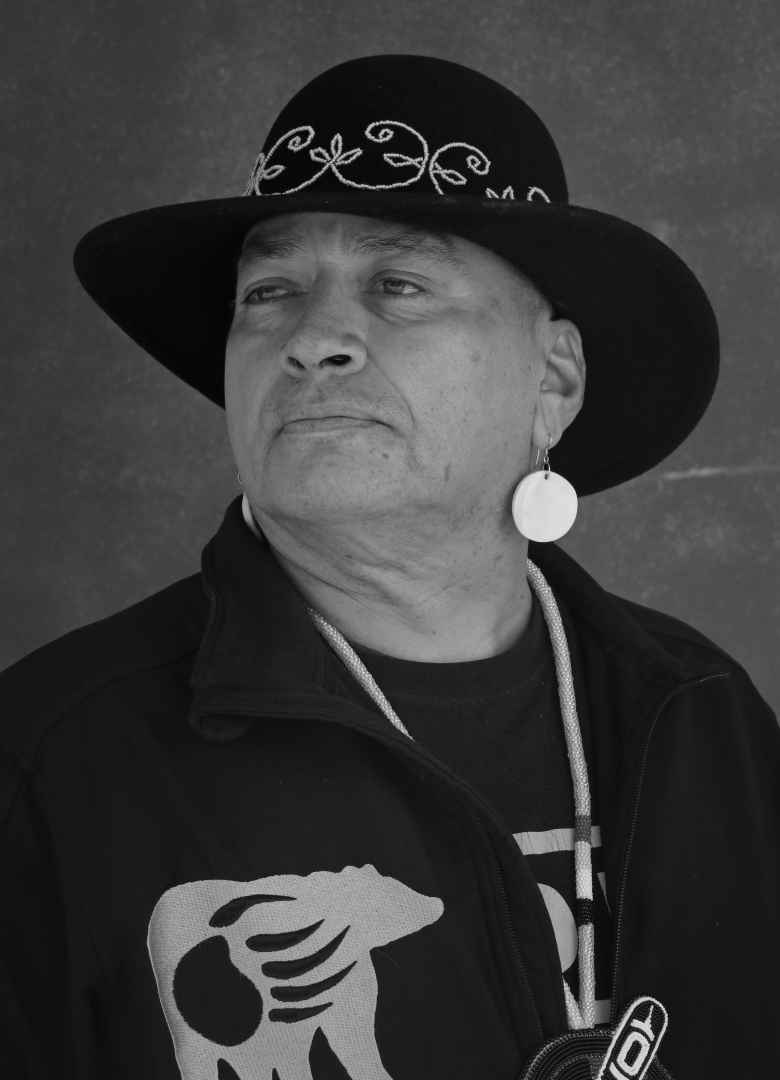