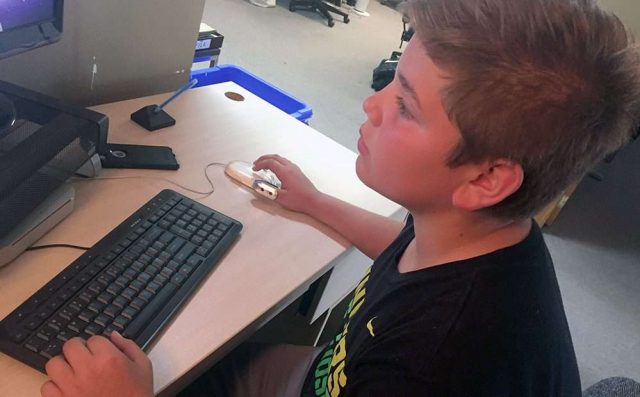 By: Kaden Phillips, The Eastern Door’s Heads Up Kid

Elementary school was fun as I met lots of close friends and learned new things such as: French, Mohawk, lots and lots of math, art, physical education, social abilities and language arts.

Math was my favourite because in elementary, I was always the one person people would go to for help. I was the one out of everyone with the ability to come up with a math answer quickly because of my strategies that no one would ever understand, and I just don’t know how to explain it.

For example, if you ask me what’s seven times nine, I would take one away from seven, meaning six, and then minus that from nine, which equals 63.

From that my peers would call me “the human calculator,” which is weird because I am not nearly as smart as any of those kids that have an IQ higher than Einstein. But regardless, math was my strong suit in school.

In high school, I am going to Villa Maria and I am super nervous because the test made no sense to me, but I tried my best and I just somehow made it in.

In high school I am expecting very strict teachers just for the fact that it’s a private school, but also I’m excited because I will have long periods of gym class and I really want challenging math to test myself.

Overall I know I am going to do well in high school.

And another reason is because there are a lot more girls in the school than boys, so that’s a bit confusing.

The biggest reason I am nervous is I have to take French in four subjects: homeroom, art, gym and music… and I am absolutely horrible at French.

I remember in the test to get in, the teacher gave me the paper and I had to write a small essay in French and I just sat there until we were done.

Leaving elementary school was rough, just knowing that I spent two-thirds of my life in it so far, eight years of learning in that school – and now I am never going to learn there again, which is sad but also relieving.