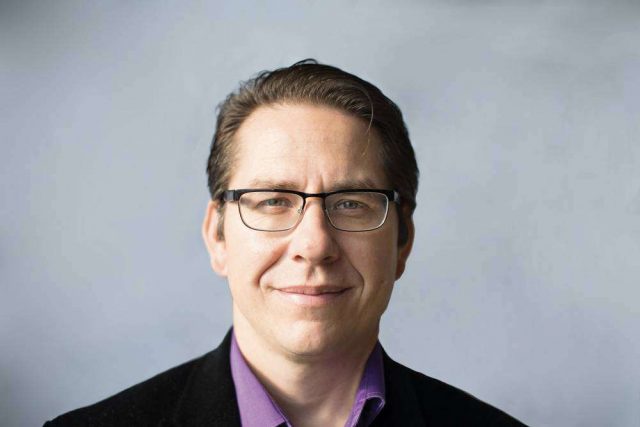 The University of Toronto is honouring Kahnawa’kehró:non Jonathan Hamilton-Diabo for his commitment to advancing knowledge of Indigenous cultures, his ability to build relationships and his support of Indigenous students, staff and faculty on campus.

Yesterday, he received the 2017 Chancellor’s Award in the emerging leader category.

“I’m honoured for even the consideration of having my name put forward, but then to be selected for this. The University of Toronto is a big place, so to have my work recognized and the relationships and partnerships that I have been able to foster here, it’s a really big honour for me to be named,” he told The Eastern Door.

The award recognizes administrative staff members for exceptional leadership in their role in advancing the university’s mission.

Hamilton-Diabo left Kahnawake after graduating from Concordia University in the early 90s. He started his career at the University of Toronto in 2000 originally as a recruitment office, and three years later became the director of the university’s First Nations House providing support services for the estimated 600-700 Indigenous students on campus.

“Education has always been strong in my family. Case in point, my dad (Mike Diabo) was the director of education (at the Kahnawake Education Center) for 22 years, so that had a big impact on me in terms of the importance of education,” said Hamilton-Diabo.

His sister Ellen is also a teacher at Karonhianónhnha, as was his grandmother.

“That kind of always stuck with me, the opportunity to work in the area of education, so I think I’ve also had some good mentors along the way, but even here at the university, I’ve had a lot of opportunities to work with really powerful elders who have helped me,” he said.

On June 16, 2016, Hamilton-Diabo’s efforts also led the university to implement a Statement of Acknowledgement that the university sits on the traditional lands of the Huron-Wendat, the Seneca, and most recently, the Mississaugas of New Credit.

The statement is now read at convocation, groundbreakings, conferences, gatherings and other ceremonies at the university’s three campuses.

As of last Monday, Hamilton-Diabo took on a new role on campus as the director of Indigenous Initiatives for the university, which will oversee the university’s progress in addressing 34 recommendations on what they should be doing to increase its Indigenous presence.

“I think it’s an interesting time right now in terms of the attention on Indigenous people and issues. So to have that opportunity to really work with others to make an impact, it’s just something I’m looking forward to doing,” said Hamilton-Diabo.

“The university, in the last year, has embarked on this process to determine how it was going to respond to the Truth and Reconciliation Committee’s calls to action.”

Hamilton-Diabo served as co-chair of the Truth and Reconciliation Steering Committee, to produce the report and recommendations that was given to provost Cheryl Regehr and president Meric Gertler.

“The goal is looking at how to create more safe and welcoming spaces within institutions for Indigenous people to attend, or be a part of, whether it’s working or as a student,” said Hamiliton-Diabo of his new position.

“One of the things it will provide is an opportunity to really assist and advise other areas within the university in developing Indigenous initiatives. That’s a really important piece of work, because my role is also about how to make connections for faculty and other divisions. It’s important that Indigenous voices are a part of the discussion.”