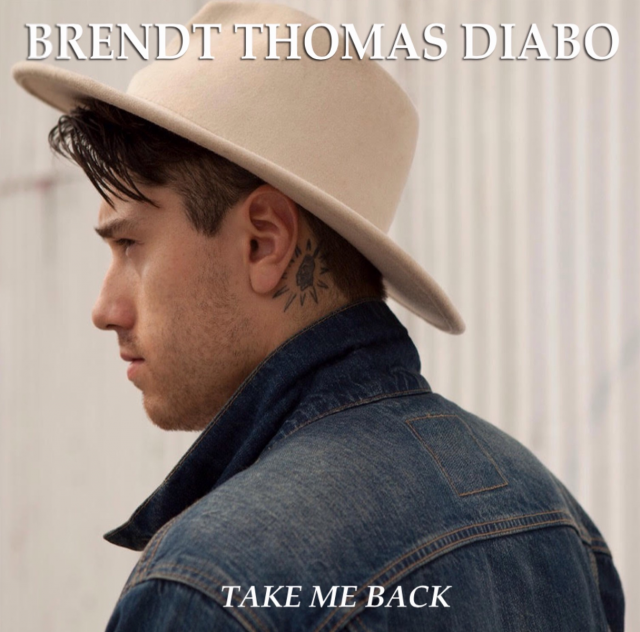 The lead guitar has the classic scratch and twang of golden age blues masters, the slide guitar smoothly sings along, and Brendt Thomas Diabo’s now familiar melodic voice sings songs of heart ache, lonely towns, the road, broken down cars and everything you need in a country record – even a bit of Kahnawake.

“A pocket full of heartaches is all I got,” he sings. “The blues, baby is all I need.”

The album is “Take Me Back,” and is out now on iTunes ($4.95), Spotify or wherever you get your music these days.

What’s that all about?

It’s “in the works,” according to Diabo. The album is Diabo’s second EP following his 2013 solo debut “Something’s Gotta Change,” also available on iTunes ($4.95).

Diabo spoke to The Eastern Door about being influenced by the likes of Johnny Cash, Steve Earl, Dwight Yoakam, George Jones and Bruce Springsteen and the process he used in developing the new album.

“We did what a lot of previously mentioned influences did,” he said. “We record the songs live off the floor. What the term ‘live off the floor’ means is we piled all of the musicians and their instruments into one room, mic’d up everything and recorded all the songs at once.

“All those classic Johnny Cash, Elvis Presley records that you know and love were all done this way, and I personally feel you capture the feeling and energy of what’s going on in the room right then and there as opposed to doing everything separate and having a more sterile watered down robotic version of your songs.”

Diabo has developed into a solid rockabilly country singer/songwriter. The title track kicks the album off with that chuggin’ like a freight train style favoured by the late man in black, and sets the mood for the rest of the five tunes.

“I set out to make a toe-tapping, upbeat, rockabilly album that you could have a good time to, and I believe we accomplished that,” said Diabo.

Like any solid mix tape, Diabo slows it down a bit for track two “Feeling Like the Blues,” and sows his knack for writing songs that touch on melancholy and heartache, but never leave you depressed.

More like, ‘hey. I get a little sad too, but ain’t it grand to dance?’

“No matter what I try, the blues just won’t leave me be,” he sings.

One song that will perk the ears of local listeners up is track four, “Dirty Old Town.”

“I gotta get out girl, I gotta get gone, only if I could,” says Diabo. “I hit the ground running and never looked back and leave that dirty old town.”

The Eastern Door asked the obvious question, ‘are you talking about Kahnawake perchance?”

Diabo’s answer was not short and speaks of his development as an artist.

“I wrote ‘Dirty Old Town’ at a point where I felt trapped in my community,” said Diabo, who now lives in Toronto.

“That I would have to conform to the blue collar working-class background I was raised in and become and ironworker or a carpenter or a tradesman or join the service or whatever the standard career choice everyone else made in my family/community and I did.”

Diabo became a certified union carpenter after training in Ormstown, but wanted something more for his life than the trade would provide. However, his family’s work ethic is something that has stuck with him as a musician and actor, and is something he’s proud of.

“I knew it wasn’t what I wanted to define me as me,” said Diabo. “My father was a tradesman, both of my grandfathers were tradesmen, my uncles, my cousins, etc., so that hard-working from nothing to something mentality I was raised with stuck with me my entire life. I just applied it to my music and acting.”

Regardless of where he resides, Diabo knows where he comes from. If you need proof of this, note the warrior flag tattoo behind his ear that features on the front of the current album.

“When you’re given a life, that’s all you’re given,” he said. “You don’t have a choice on your social economic status, your heritage, the colour of your skin or your environment.

“You’re conditioned to think a certain way because of all these factors and that’s no one’s fault, people are just trying to do right by you and look out for you the best way they can with what they know. Kahnawake is my home and will always be where my roots are, and I’m proud to be from that community, but when I wrote that song I felt stuck.”

He’s not the only one who felt that way it seems.

“I did a radio interview recently and the host said to me, ‘your song ‘Dirty Old Town’ resonated with me. There have been times when I’ve felt isolated and that my ambitions were unattainable,’” said Diabo.

“Hearing this guy say that to me was an eye-opening moment because I knew there were Onkwehón:we people and people in general who have felt the same way I did when I wrote that song.”

The host then asked if Diabo had any advice for people in the same situation.

“You are the only one capable of changing your current situation or state,” said Diabo. “I don’t want anyone to get the wrong idea and abandon their responsibilities and obligations, but I would say, take the chance and see things through. You never know what could happen. I’m talking to you right now because of that aren’t I?”