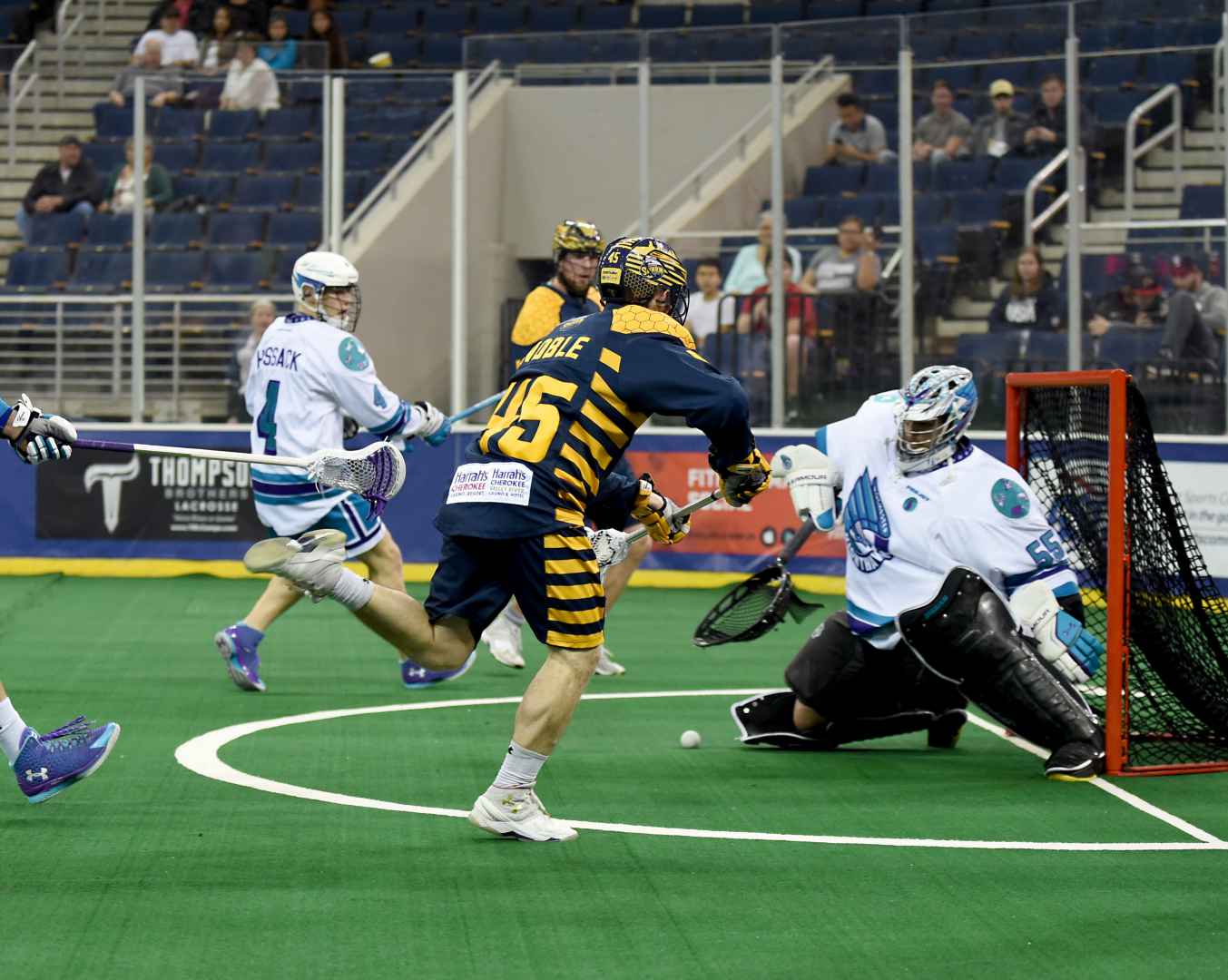 Kahnawa’kehró:non Angus Goodleaf was thrown into the deep end of the pool for his first start of the season, as the Knighthawks traveled to Duluth, Georgia to take on the high-fire power east leading Georgia Storm. (Courtesy Paul Sasso)

“I was happy I got the start and a little surprised,” Goodleaf told The Eastern Door.

Rochester got the jump on Georgia scoring the first two goals and winning the first period 4-3. Georgia stormed (swarmed?) back in the second putting five unanswered past Goodleaf including a hat trick from league points leader Lyle Thompson.

The two teams traded three goals apiece in the third before Georgia scored four straight to start the fourth and seal the win 15-9.

Lyle Thompson scored six, along with four assists, his brother Miles had four helpers and Johnny Powless had two goals and three assists.

“One thing that we did different than other years was fill in the spots we were struggling with in the past, and what started it was getting a veteran goalie (Mike Poulin),” he said, adding that the team also brought in some solid new defensemen to help out the high-octane offense.

“We have a new offensive coach (Sean Ferris) this year that allows us to play freely, but also gives us plays to follow when needed.”

Though the two teams’ fortunes may have reversed, Thompson knows that no night is an off night, especially Sunday, which was Native American Heritage Night.

“We knew it wasn’t going to be an easy game even though they played the night before because in this league you can’t take a night off,” said Miles. “They played us well, but we took off on them toward the end of the game.”

The Knighthawks’ run of three straight championships came to an end in 2014, and the team missed the playoffs last season. The decline in fortune forced management to make some trades and bring in young talent to compete with the ascendant Swarm, Saskatchewan Rush and New England Black Wolves.

Rochester franchise player Cody Jamieson had surgery on a torn ACL (anterior crucial ligament) February 16, and will miss the rest of the season, and captain Sid Smith is also out.

The team continues to be active on the trade market to boost the team’s young talent.

“They are trying to get younger and faster,” said Goodleaf. “We do still have a lot of great players in this team. We just gotta keep working hard and the bounces will start coming our way.”

Rochester is in Vancouver Saturday to take on the Stealth, while Georgia’s next game is March 4 in Calgary. 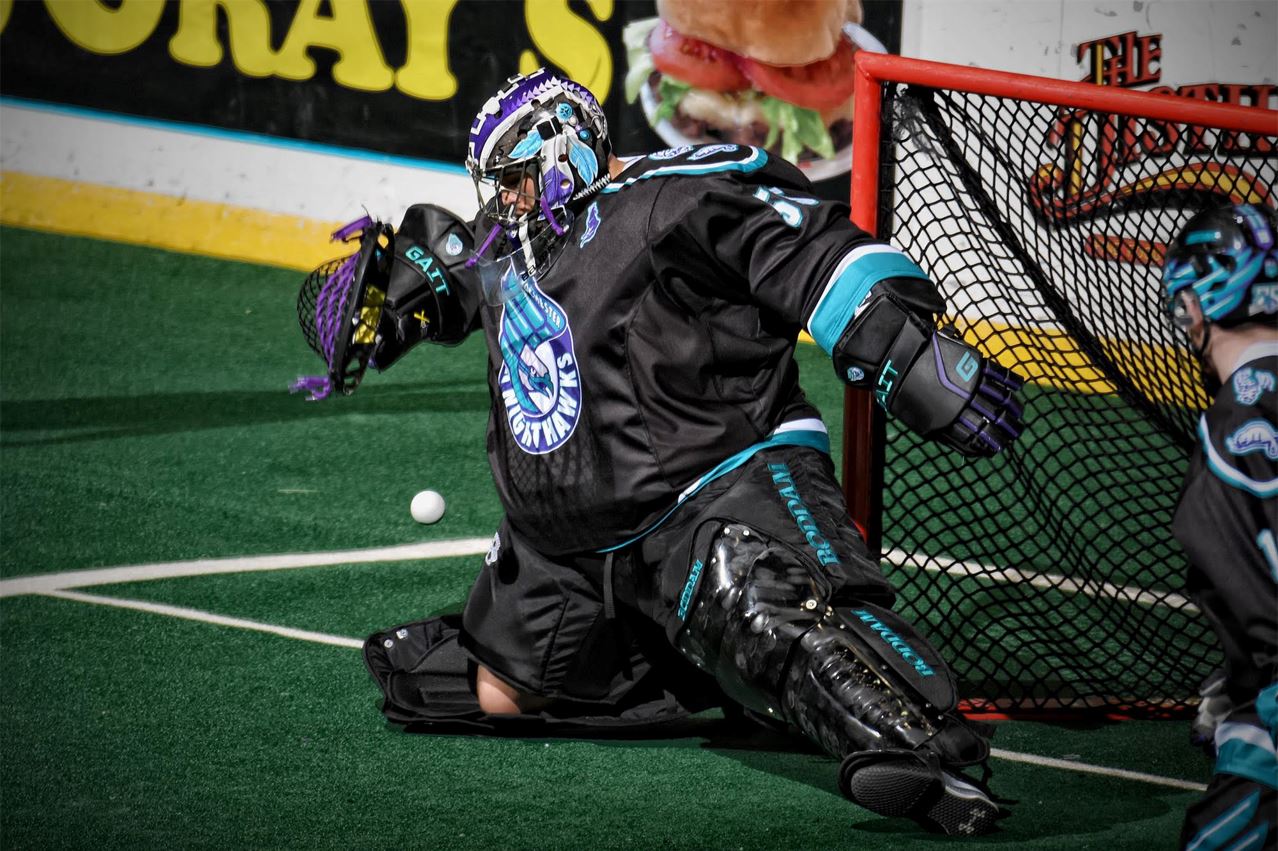