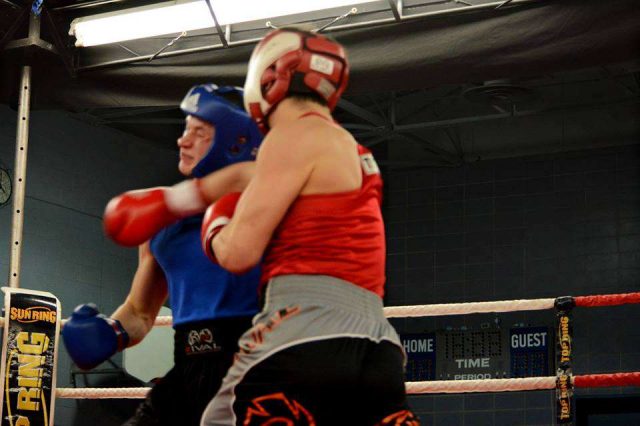 Not 20 seconds had elapsed before Andrew Antsanen’s opponent went sprawling to the canvas in a heap of dashed hopes.

Among those from Kahnawake representing trainer Daniel Guerin and the Vigneault MMA Fightshop were former Kahnawake Condor Andrew Antsanen and Skahentati “Skunz” Loft, who recently welcomed his third baby girl into the world on January 29. Also fighting was the pint-sized Shatekaienthokwen “Rocky” Van Dommelen and Kanesatake’s “Bad” Brad Gabriel, who lives in Kahnawake and fought for the first time in 20 years (see his story on page 24).

Antsanen’s roughly 15-second fight may have been the match of the night.

It’s rare to see a technical knockout in amateur fighting and even rarer to see it in 15 seconds. Antsanen struck gold on a devastating right to the chin of opponent Samuel Brière.

Referee Jaime Vargas ended the fight after he thought Brière looked too woozy to continue.

Brière unsuccessfully argued that he was fit to continue. Even Antsanen would have preferred the fight to continue. Still, he said he knew his opponent was dazed.

“I went in to try to pick him apart and I didn’t try to rush it. My adrenaline had just started to go after that first exchange and then it was done,” the 22-year-old told The Eastern Door.

The versatile Antsanen took the boxing match as a way to keep in shape for MMA. He has a history of fighting on ice too, racking up an eye-popping 601 penalty minutes over three seasons for the defunct Junior AAA Kahnawake Condors, from 2012 to 2015.

Antsanen was supposed to have an MMA fight back in October but he got injured in training camp. It turned out to be a long training camp leading up to Saturday night. He’ll look to a new fight, possibly in June, but he’s still dealing with a lingering knee issue.

As for the fight, he said it couldn’t have gone better.

“You can’t complain. It was a lot of hard work and it’s been a long road.”

The two 10-year-olds put on a fireworks show, with both offering up batches of haymakers. Van Dommelen and Jean were of an age where neither held fear or reservations about throwing strikes.

It was a nice refrain from some of the defensive battles throughout the night, where overly-cautious teenaged fighters seemed afraid to make a mistake.

After three rounds Jean was announced as winner, having connected on more significant strikes.

But Van Dommelen’s nickname “Rocky” is well deserved. The thunder-throwing tyke showed no apparent fear while competing on stage in front of a crowd full of adults. He just kept throwing bombs.

The 90-pounder said he felt good after the fight. He thought it should have been a tie, but the decision didn’t disappoint him. For Van Dommelen, the best part of the fight was connecting on a punch that sent Jean against the ropes.

After the fight, Jean’s mom came over to tell Van Dommelen he did great. It was a fitting moment when 10-year-olds compete not for status, but just to have fun.

Skahentati “Skunz ”Loft, an MMA fighter, switched sports and cut weight from about 150 to 133 pounds in preparation for his fight. He took on a rangy, skinny and muscular 18-year-old from Imperium, Hans Vohans.

Loft said Vohans came into the fight an unexpected 11 pounds heavier. More accustomed to fighting at 125 pounds, the 5’3” Loft said he wasn’t in shape before training camp.

“It was a good fight. I didn’t feel tired after the fight,” Loft said. “The first round was close but he caught me off guard because he was a little aggressive.”

In the second round Vohans hammered Loft with a monster right, sending Loft to the canvas. It wasn’t until the end of the second round that Loft finally started connecting on legitimate strikes. His mental ability to shake off a rough start was, needless to say, impressive.

“It didn’t really hurt me and I was fine after that,” Loft said of Vohans’ first-round knock down. “I started catching him at the end of the second and he was tiring. And then I felt I won the third round. I just kept hitting him with my right.”

Loft’s description of the final round was accurate. He landed at least two nice haymakers in the final round, but Vohans’ mighty knockdown was too significant for the judges to ignore.

“I was just starting to get the best of him and then, boom, the fight’s over. It was my first boxing match, it was a learning experience and I had a great time,” said Loft. 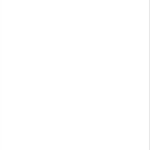