Skip to content
You are here
Home > Editorial > Casino project has supporters, detractors 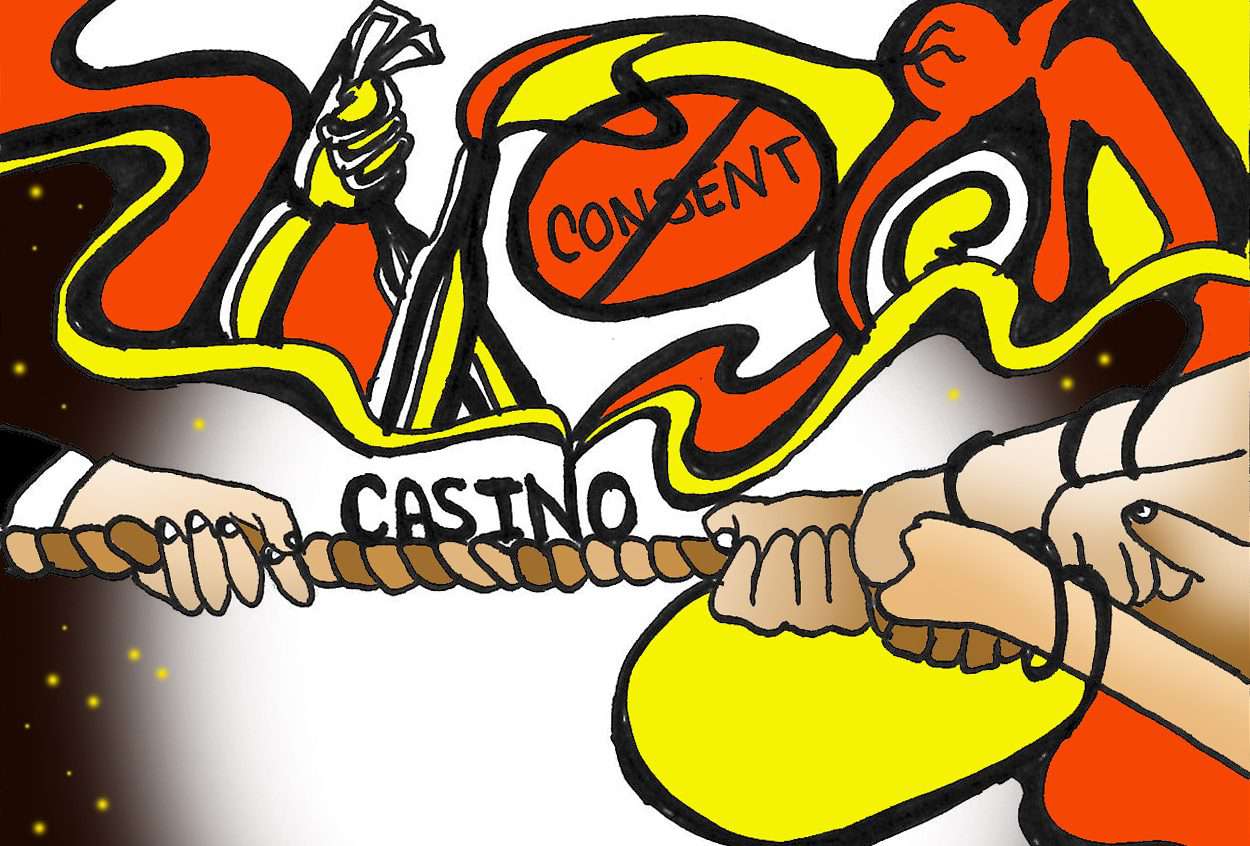 That’s what came out of the media’s meeting with Lee Thompson and his supporters, for his proposed new water park/hotel/casino.

The plan, according to the proponents, was to get a petition into the community two weeks ago to gauge support, and, if 850 people signed, the project would go ahead, regardless if the Mohawk Council of Kahnawake supported it or not.

For the ones who support it, the ones who are being paid a nice chunk of change to secure sheets of signatures, it’s a solid venture.

We need it here, they say, to offset dwindling funding from the government for things like education, health and our future (although the Liberal government has been spending like drunken sailors at the bar recently, notably on education).

Which is still not enough, of course, and Ottawa cuts in other ways that still leave a tight spending for local programs in the end.

On the opposite side, many have had their issues with Thompson and won’t support it on that basis. They just don’t trust him.

You also have those who just don’t want a casino here, no matter who owns it.

How much will a water treatment plant cost to build (which Thompson said he would pay for), for this massive 800-room monster?

If the MCK is not involved, who will negotiate with Quebec to reconfigure the highway?

This is something you can’t get around; imagine thousands of cars doing U-turns to access the site.

How will funds be distributed to the community and who will make sure that happens?

The casino’s books would be open, but the hotel and water park’s wouldn’t, they said – so that is something that leaves more questions on the table.

Since it is on his land, Thompson can essentially do what he wants.

You just have to decide if that is also what YOU want, and if you believe in it.

If the proponents are not ready to answer these questions or take criticism, they aren’t ready for the limelight that comes with owning a mammoth like this.

The breakdown and cost of the casino portion is not finished yet, and it will hopefully paint a clearer picture of what this project will look like.

They don’t have a financial backer either, Thompson said, and he wants only one, with strong preference for an Onkwehón:we investor.

Whoever is named to keep an eye on the books – they mentioned a committee, maybe – will have to be strong-willed and thick skinned, as they will be watching over what will, no doubt, be a hot button, controversial project.

The ones who dislike Thompson say they don’t want something like this to be run by a man like him.

They are the ones who have been relatively silent publicly.

The ones who support him cite the project as a good thing for town and they are vouching strongly for him, notably pointing out the money he already gives back to the community.

Casinos have been voted down here three times and this issue will, at minimum, get the blood going and the rumours flowing.

There is a lot at stake here and it’s a huge decision, but here are some more questions people have:

If the community said no in a referendum, why is it okay to do it privately?

In that case, why not build it privately but with a consortium of businessmen, with the same result – giving back to the community – so it isn’t only under one man’s control?

Where does Joe Norton stand on this?

The Mohawk Council grand chief is notoriously hard to track down in the media circles and his voice hasn’t been heard at all – two weeks into the biggest news story of the year.

They also mentioned French wasn’t necessary and we think that’s a slippery slope.

Sure, hire locals who only speak English, but if you can’t serve the majority of the gamblers, the ones paying the bills, in their language, there will surely be financial implications from the get go.

What do you think?

Summer Student Scoop: Four semesters down, only one to go for Deer

Keepers of the Earth: Making the switch to organic produce

Was it an AFN assembly or a Liberal party meeting?

Keepers of the Earth: A green New Year’s resolution