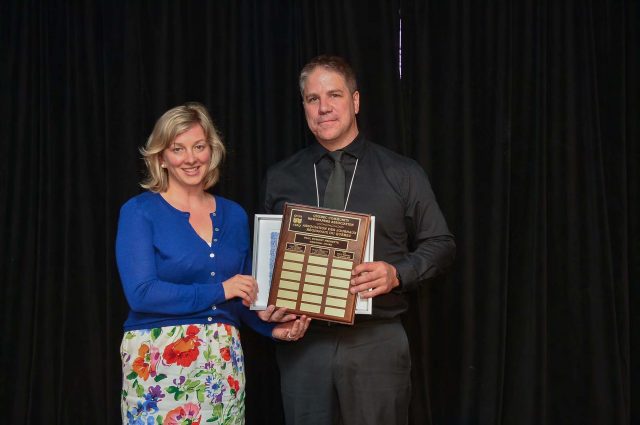 As The Eastern Door turned 25 yesterday,  I wanted to take a look back at what the paper has meant to me and, from what I can gather, Kahnawake.

Earlier this month also marks 14 years as a journalist for me, having started out with The Nation magazine (the northern Quebec Cree).

For my staff and I, TED goes beyond mere words printed on a paper. It means looking at everything as a possible story, being good enough to weed out what is not fit for print, and ensuring everyone gets a fair shake – whether they take you up on that offer or not.

TED was launched, as you will read about in Kenneth Deer’s piece, primarily because of the lack of real information out there about Onkwehón:we, and specifically Kanien’kehá:ka issues.

It quickly became a go-to place for outside media, one numerous mainstream outlets still look to for “the scoop” on all things Kahnawake.

In fact, they call us when something happens here, hoping to make better sense of it, or to find out whom they should talk to, where to go, and, sadly, if they are “allowed” to come here.

Okay, not all of them still think like that but you’d be surprised, in 2017, how many do.

In Kahnawake, when a murder or other serious crime happens, people are generally tight-lipped.

When they get caught for a DUI, for example, even if it is their third time and it’s a good idea to speak up and admit they need to change their lives, and to apologize, to try to reduce the damage to their reputation, it is very rare people will speak directly to us.

Instead, they rely on their lawyers to speak for them.

Speaking to us will jeopardize their case, they say, and choose not to say anything at all.

This is their right, but it also doesn’t do anything to change public perception of them.

In fact, we kowtow to the law so much as individuals it makes them look guilty before they are even sentenced.

As journalists, we are bound by the courts. When charges are filed, we can release names, but not until then.

When a court case involving (insert random name here) is brought out in public, through court proceedings and documents and then in our paper, it might be a good idea to try to talk directly to the public, so they know what you’re thinking, not your lawyer, who has been paid to keep you from the press.

One thing is certain, however, NONE of these things are TED’s fault. We didn’t make you get behind that wheel and drive, we didn’t pull the trigger, we weren’t the one who hit that kid and killed him, we didn’t swindle your employers or employees, and we most certainly didn’t make you do whatever it is you did.

That’s where your personal responsibility comes into play.

And that’s an important thing to point out because people like to blame the media, and are oftentimes unclear on what our role is, but blaming us for Hiroshima doesn’t mean we did it.

It means people have become adept at deflecting their own wrongdoing to others, and we happen to be a target because we’re sitting in court, covering the proceedings.

The truth is, we don’t like to report on a friend shooting his best buddy, but the community has a right to know.

And when things take a turn, and the families reconcile before our eyes, we are there to cover that too.

We want the bad news to turn to good but we cover both because we’re a newspaper.

In case you haven’t noticed, bad things happen here. So do many good things.

And we try to cover it all with as much pertinent information as possible.

In fact, over the years, TED has earned its reputation as one of the best community newspapers in Canada.

We have been nominated for accolades like the Michener Award, for our coverage of the Mohawk Council evictions in 2010, against five mainstream media, including CBC’s The Fifth Estate – and legend Hannah Gartner -, the Vancouver Sun, and Calgary Herald); and have gained huge recognition, both as a paper and as individual journalists.

These include winning the prize for best newspaper in our circulation category for the Canadian Community Newspapers Association last year, against other kick-ass papers from across the country (a first for a Mohawk newspaper, let alone TED).

Add to the accolades editor/publisher Steve Bonspiel becoming the first Mohawk to win the community category (circulation up to 25,000 – much higher than TED’s) for the Canadian Association of Journalists (back to back, in fact, in 2010 and 2011); TED finishing second for best overall newspaper in five of the last seven years in the Quebec Community Newspapers Association (we lost to a paper with a circulation over 100 times bigger than ours); and both Bonspiel and Daniel J. Rowe winning the Paul Dumont Frenette award for best journalist back-to-back in the last two years (QCNA’s biggest individual award); and you get an idea of how we’ve been doing telling your stories.

Throw in all of the other awards (far too many to list) and you have a newspaper, YOUR newspaper, doing some great things and some solid journalism, from a small town with such a vibrant, politically-charged and most definitely interesting population.

You don’t win these awards by being lazy or “one-sided.” You win them, judged by other professional journalists, because you tell the complete story, fairly, and talk to all sides – and your writing happens to be better than all the others you compete against.

Like anything, many of our detractors may never give us props, and that’s okay, but years from now some of those same people will finally acknowledge a life’s work dedicated to more than just a paycheck, as Father Time opens their eyes to reality.

Our many loyal supporters, advertisers and readers see what we’re doing, know the importance of a free press with a conscience – the little newspaper that could, I call it – and they put their money where our mouths are.

Producing a newspaper for 25 years takes a lot more than just showing up to work. It takes early mornings and late nights; sacrificing family time to cover an event, going to rallies in minus-30 degree temperature, and getting flack along the way.

Some people tend to forget that The Eastern Door is also a business, one that employs 95 percent Kahnawa’kehró:non (only one non-Native employee out of roughly 18 full and part-time), all of whom spend money here and contribute to the local economy.

Add to that the spending TED does locally, at the hardware, on various supplies, restaurants, the bakery and cafes, and the bigger picture begins to appear.

Plus with the businesses we promote (through our free business profiles or stories of giving back), TED is much more than just a newspaper, week in and week out.

In fact, where would all that money and exposure come from if TED didn’t exist?

Just by having TED exist as a business, other businesses feel the effects.

Our reputation stretches far and wide and people here and on the outside know us and respect our work.

Detractors don’t think about the money part because they think it doesn’t affect them, but it most certainly does.

TED is a key part of the economic engine that powers Kahnawake and we’re known far and wide. It’s just a fact.

So by purchasing an ad or a newspaper or an online subscription, you’re contributing to the vibrancy of your own community, helping to employ your own people, and keeping a private Onkwehón:we business successful; all so we call tell your stories and fight for your rights.

Sure, you may disagree with us and that’s perfectly fine, but we will never turn anyone away, no matter what their political beliefs are or family name is, and our doors are open to all.

Try us. Come in for coffee and see the reception you get, no matter where your politics lie.

The amount of people who give us pats on the back – more often than not when they see us at the post, or bank or out somewhere in town – is uplifting.

We don’t need the props but knowing you’ve read that article or editorial, that column or feature, and you go out of your way to say good job or thanks, is heartwarming.

It helps us to remember the people we’re writing about and to connect on a different level.

But it’s really special knowing there are people out there who support us, who constructively criticize us, who will lend a hand when needed, who give the kind of feedback we need to get better and better.