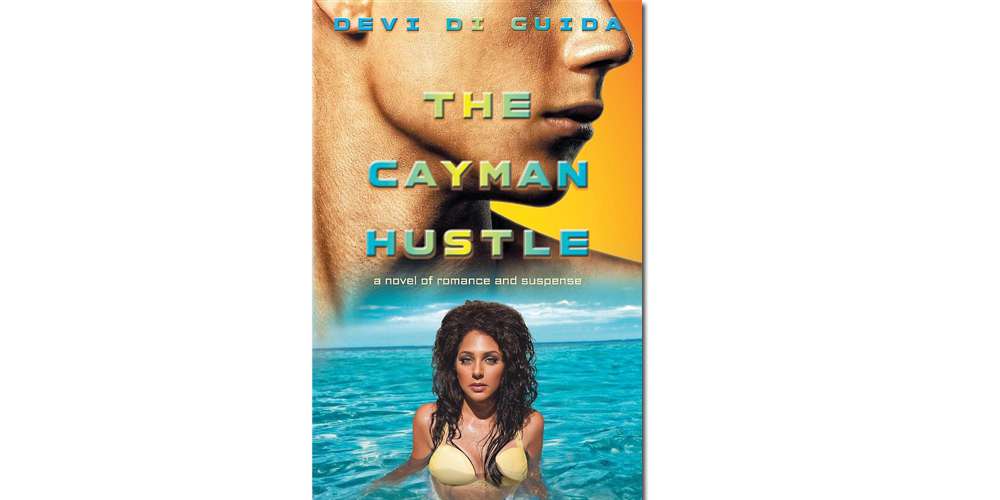 Every once in awhile, someone comes along when least expected, and that chance meeting leads you both down an unexpected path, that if you weren’t receptive to at the beginning, you would never know existed at the end.

That’s how I met Devi Di Guida, author of the novel The Cayman Hustle.

How many years ago? I can’t quite pinpoint it but her visits to Kahnawake to learn more about our community, our culture and language, and our way of life, eventually led to the book I’m reviewing this week.

There’s something really cool about Kanien’kehá:ka characters in a book, and seeing Kanien’kéha in print, by a non-Native writer who forced herself to put in the hard work and learn about Kahnawake.

Devi had a dream and she went for it, and before the holidays she released a story that, in all honesty, should have been done long ago.

It’s not because of the content, per se, a million-dollar caper filled with the hijinks of a mysterious Caribbean island, with a deaf protagonist (Kaman) and a Mohawk buddy nicknamed Engine – not to mention the lovely yet at times frustrating India, who has a sad, sordid past.

That was interesting enough.

But it was because a story like this could use Mohawk characters and influences and just blend in with everything around it.

Devi did her homework (although the critic in me will say certain parts could have been tighter, including spelling, grammar and context when it came to Kahnawake), but the fact that she went out of her way to involve a different, somewhat unknown part of her extended world that she very easily could have substituted with something vanilla – or left out altogether – well, let’s just say you need to pick up your copy to see how it all fits together.

I don’t have to tell you $12 million is a lot of money, but as you’ll find in the book, it also adds up to a delightful twist.

The Cayman Hustle makes me want to visit the Cayman Islands (I guess I better start saving now) and it effectively brings the reader into a world of mixed ethnicities and eclectic backgrounds; one of friendship, betrayal and heartache.

I like the way real-life news events in Montreal (and elsewhere) are discussed in the book (kind of like Forest Gump), and you can’t help but cheer for Kaman, who has had a rough life as a hearing-impaired, multi-ethnic dreamer who just wants to find happiness.

BUT (yes that is a big but), the real “payoff” comes much later in the book, so you have to be patient for it.

Sure, it builds up and takes awhile to get there, but once it hits it elevates the novel to another level of adventure.