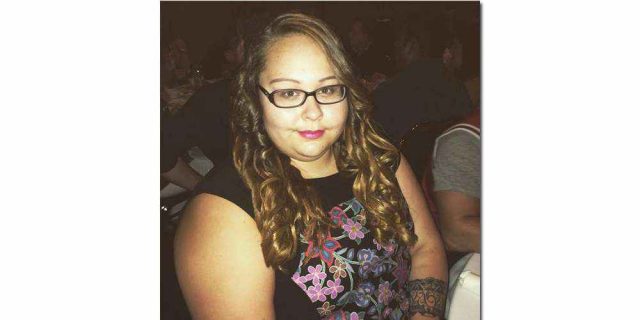 Iohsennóntion Lahache hopes to one day use her university education to help Indigenous communities grow their economies.

The 21-year-old is nearing the end of her first semester at Concordia University, working on a Bachelor of Arts degree in economics with a minor in political science.

“I’ve always been interested in politics and I found it compliments my major. It’ll prepare me if I ever have to work along side the government,” she said.

“When you work in the political environment it’s good to know how you can push forward and understand how the economy of your community can be affected from the decisions that are made.”

This semester, she’s been taking classes such as microeconomics, macroeconomics, math, as well as comparative politics as a part of her minor degree requirements.

“Right now I’m taking it day-by-day since it’s only my first semester. But I’m looking forward to being able to choose which economics classes I want to take instead of the mandatory,” said Lahache.

“The major challenge that I have so far is adapting to how big Concordia is. I’m used to going to my economics class that consisted of only five people and now I’m in a class of 300,” said Lahache.

Prior to university, Lahache graduated from the Kanien’kéha Ratiwennahní:rats Adult Language Immersion Program in 2014 and attended college at Kiuna Institution in the Abenaki community of Odanak.

“Growing up, I always wanted to be a teacher but studying at Kiuna showed me the world of commerce and I fell in love with it right away.

“In the future I would like to help Native communities and provide them with the proper resources they need to flourish.”

While the change in environment has been an adjustment, Lahache said she has her fiancé by her side. The two met while studying in Odanak and are currently the only Onkwehón:we in economics at Concordia.

“We’re both used to going to school with Onkwehón:we people so being the only two in our class that are Onkwehón:we is different.

“At Kiuna we were all Onkwehón:we, so it was easier to make friends and to connect. Kiuna also provided cultural workshops. We were like a small family,” she said.

“At Concordia, it is a much bigger environment so it’s harder to make friends. My advice would be to not be shy and get out there and try your hardest. Education is very important and we need more Onkwehón:we people in commerce.”

Lahache is one of only four Kahnawa’kehró:non in a business-related program at Concordia. With only 10 more students studying business at other universities and CEGEPs, the Kahnawake Education Centre said that makes about six percent active students from Kahnawake in the field.

However, the number is growing.

When Tewatohnhi’saktha launched its Business Scholarship in 2011, the number was at one percent.

To date, nearly a dozen students have been awarded the $3,000 scholarship, including Lahache.

The scholarship, which she received in September, is a part of a growing list of academic achievements.

During the spring, she graduated from Kiuna with honours and received an award for cultural involvement as a result of her teaching language classes and beadwork class to her peers.