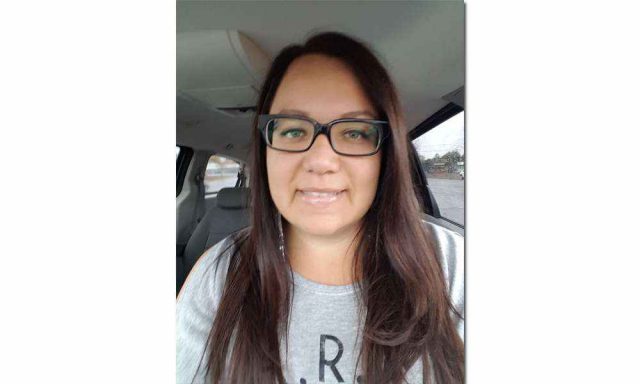 Last week marked the fourth time in two months that Shiann Wahéhshon Whitebean has been recognized for her academic achievement and community involvement.

On top of making the dean’s list, she was recognized as an Arts and Science Scholar for 2016-2017 academic year by Concordia University, and more recently accepted a scholarship from the Caisse Populaire Kahnawake and a $5,000 achievement scholarship from the Golden Key International Honour Society.

“I’m really blown away because it’s been hard. I don’t think people realize when you’re going to school, how hard it can be financially, especially because our funding is reduced. My financial support is reduced every year,” said Whitebean.

The mother of three is in her last year of her undergraduate degree at Concordia University, majoring in First Peoples Studies and minoring in anthropology.

“It’s really challenging. I prioritize my family and my studies, I try to just work not more than 10 hours a week,” said Whitebean. “But, by winning scholarships, it gives me more of that freedom and relieves some of that pressure.”

She originally started as a double major, but the further she got into the programs Whitebean reduced her focus on anthropology.

“What I really want is an Indigenous focus or centred perspective and that’s the major difference – there’s a lot of positive things I’ve gotten from my studies in anthropology, but what I really want to do is help strengthen, encourage and build Indigenous voice and representation to kind of put in our worldview and perspective out there,” she said.

The 33-year-old originally had doubts about starting university later in life, on top of having a family, but said post-secondary education has always been one of her goals.

“I was 17-years-old when I got pregnant with my son and it changed the course of my life,” said Whitebean. “It’s something I always wanted to do and when I got into it, I knew that I made the right decision. It took me a long time to get there, but I always knew it was something I wanted.”

When her children were older, Whitebean applied to Concordia and the Kanien’kéha Ratiwennahní:rats Adult Language Immersion Program. With acceptance to both, she decided to go to Concordia a year after graduating from the two-year language program.

Upon graduation in the spring, she plans to pursue a master’s degree in the fall at Concordia.

“I’m applying to the individualized program (INDI) and am building my own master’s in First Peoples Studies,” said Whitebean. “It’s for any multidisciplinary graduate studies in an area where a program doesn’t exist, and because Concordia has the only degree program in Quebec in any Indigenous or First Peoples studies, there is no grad program in Quebec, so it’s really well suited for me.”

Further down the road, she hopes to attain a doctorate degree at Trent University in Indigenous studies.

It’s something she does not only apply to her education, but also in a lot of her volunteer work.

At Concordia, Whitebean is the president and founder of the First Peoples Studies member association and organized the Indigenous Student Council under Concordia’s Student Union.

“It takes a lot to get a new group off the ground, there’s a lot of bureaucracy to go through,” said Whitebean. “I didn’t want to just do this for the sake of having a group. It was to fill gaps in support and Indigenous presence at Concordia. I see the value in having a collective Onkwehón:we students voice on campus.”

Her dedication and hard work doesn’t go unnoticed. Throughout her studies, Whitebean has a growing list of scholarships, bursaries and recognition to not only help with her financial needs, but also her resume.

“It’s helped me tremendously to open doors. Once you get acknowledged either for academic merit or for a scholarship, then you stand out and it just gives you more opportunity. It’s also really encouraging because it gives you confidence,” she said.