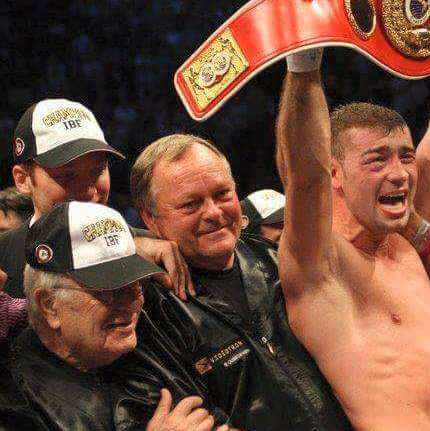 Few in the boxing world did not know legendary trainer and cut man Bob Miller, and all were saddened and shock when the vehicle he was in crashed leaving Miller in the hospital in Vermont.

There are few in the area and beyond who don’t know the legendary cut man, who once managed former heavyweight champion Mike Tyson, and the boxing world was shocked to hear Miller apparently fell asleep at the wheel and was involved in a single car accident October 15 that broke his neck and sent him to the hospital.

“I’m still in shock,” said local boxer Art Van Dommelen, who has been friends with Miller for over a decade.

Boxing judge Lisa Phillips also knew Miller, who helped her get involved with the sport.

“I told him that I was interested in getting involved in boxing in some way, that I was thinking about becoming a judge,” said Phillips. “He invited me to Albany, and that’s where I started.”

Phillips has said a number of times that she loves judging, and was heartbroken to hear of the accident.

“I called Art and of course he was devastated, crying,” said Phillips. “Then I started and was like, ‘this is horrible.’ It’s the worst thing to hear.”

Van Dommelen said Miller, who was inducted into the New York boxing hall of fame last year, remained in good spirits when he visited the man at the University of Vermont Medical Center.

“He was joking around,” said Van Dommelen. “I was talking to his wife about him, and he was like, ‘I can hear you Arthur.’”

Friends and family have set up a gofundme page, and “The Bob Miller Comeback Page” on Facebook for those wanting to support the man who helped many boxers in the region, and has been involved with several boxing events in Akwesasne at the casino.

There will be a fundraiser spaghetti dinner November 12 in Ellenburg, New York from 3 p.m. to 7 p.m. There will be a sparring event at Miller’s Uncle Sam’s Boxing Club in Altona, New York before the dinner.

“He had some world class fighters spar there,” said Van Dommelen. “Bob’s helped a lot of fighters over the years.”

Montreal boxer David Lemieux held a “Bob Miller Fund” shirt up after his victory over Cristian Fabian Rios Saturday night at the Bell Centre, and former super-middleweight champ Lucian Bute has said he was interested in helping his friend out.

Van Dommelen and other friends are organizing a large show to raise money for Miller’s treatment in January that may be held in the Montreal area.

“He doesn’t have money, so he needs all the help he can get,” said Van Dommelen.