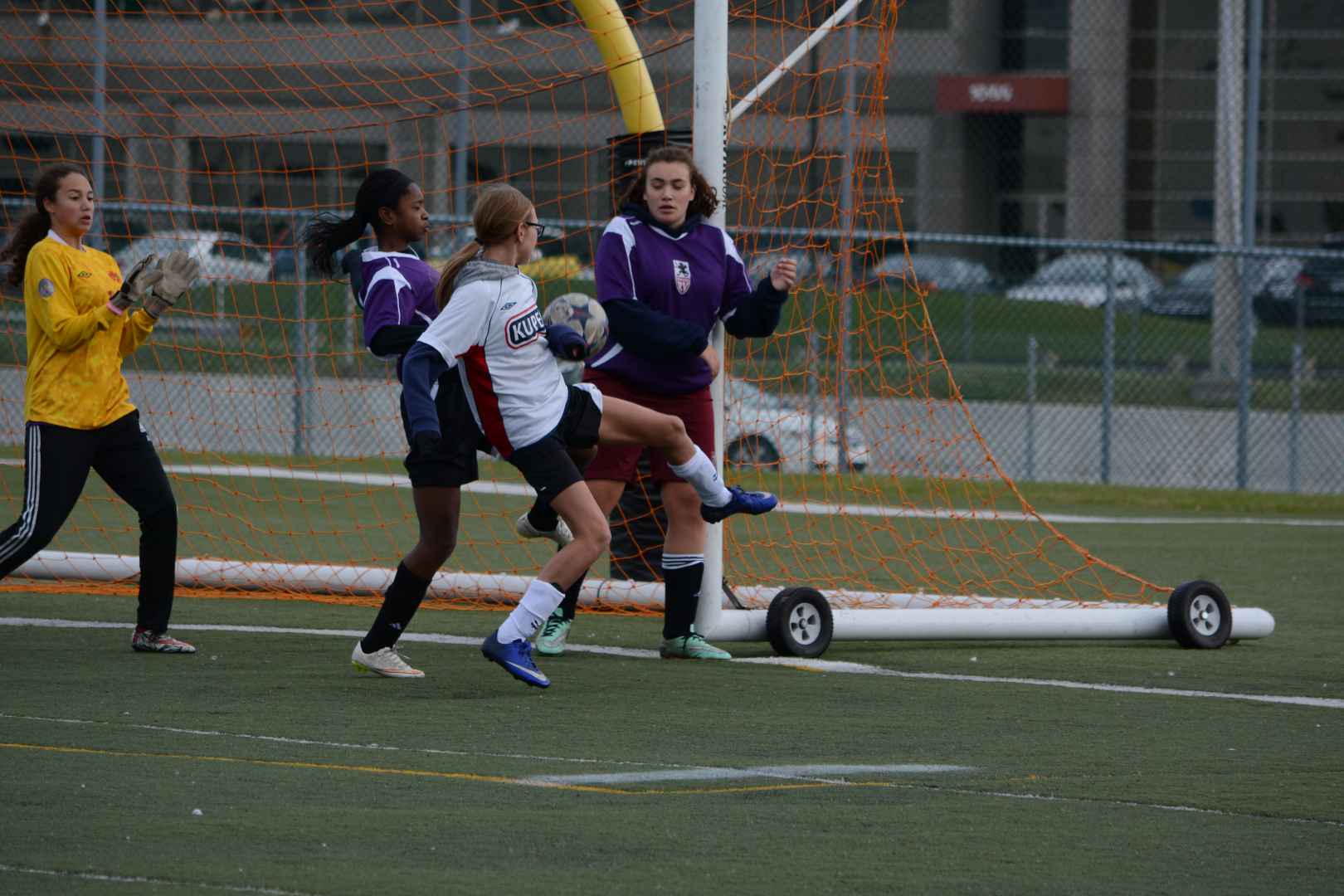 Kuper Academy’s girls soccer teams look to put a double stamp of glory on the Greater Montreal Athletic Association today with two teams vying for championships at home in Kirkland on the island of Montreal.

Kuper’s Bantam and Midget girls’ teams had perfect records in the regular season, winning six of six to book the top seed heading into the playoffs.

For the Midget girls, the semi-final date was against Royal Vale School. Kuper had few issues with the Hampstead school and won 6-1 Tuesday.

“It was another successful game,” said defender Cedar Lazare, who passed her keeper gloves to Anna Zachary at Kuper.

Zachary made sure to put her stamp on the position, saving a penalty kick in the second half, and commanding the crease throughout.

Kuper has been a force all season, and Lazare is intent on keeping the intensity up in tonight’s final game against FACE.

“We played very well together to keep ahead and play our hardest for another win,” she said. “It is going to be a good game for gold.”

Forward Melissa Stacey feels her team may be a division lower than it should be, as the competition has not been up to her team’s level all season.

“We are a div. 3 team, so all the teams we play against are really easy and that’s why we’re winning,” she said. “I think we are good enough to be in a higher division because we have smoked every team we played.”

Kuper’s Bantam girls had a much tougher go against a determined Beaconsfield team that kept the game knotted at zeroes for the better part of the game Wednesday.

Around 15 minutes before time, however, Kuper was pressing and slotted home a rebound goal to go ahead.

“The game was really intense,” said midfielder Gracie Diabo. “But we were pumped up and ready, and we had the advantage of our home turf. The team we played against (Beaconsfield) never beat us, so we were confident about it.”

The team also includes defender Watewennenhawihtha Goodleaf, and looks to go perfect today against West Island College that won in overtime against Lower Canada College in the other semi.

“I think we have a really good chance for the banner because we were in first place the whole season and we still are,” said Diabo.