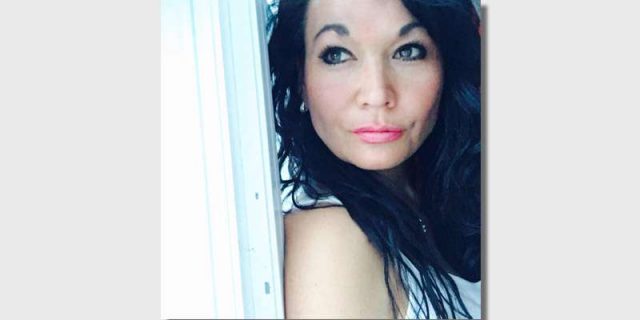 K103 Radio’s board of directors received its second resignation of the year last week.

Just four months after being elected to the station’s board, Tonia Williams submitted her resignation last Wednesday, citing concerns with a lack of accountability, governance, and internal strife.

“They have to be accountable to somebody,” Williams said of the board. “The way the board was functioning on some other level was in contravention to the established guidelines.”

She told The Eastern Door that she strongly feels the board needs a body to oversee and audit its decisions, actions and activities, including how some board members often put a heavy focus on the station’s day-to-day operations during their discussions.

“Any board of directors do not interfere in the day-to-day operations and it was being interfered with every day from every single possible thing you could think of that was being questioned,” said Williams.

She said she hopes her criticism won’t be taken “on a bad note.”

“I don’t want this to be taken as a jab. Sometimes it is really important to be vocal about these sort of things because that perpetuates the change that’s needed to make things better,” said Williams.

“At the end of the day, you can’t operate like that because it will cause problems. This is not working and it won’t work for the next person, until they fix what’s going on as a whole governing structure,” she said.

“Some of the requirements for board governance that I was trying to propose – they’re not something I made up, but it’s a structure that is followed for regular board governance,” she said.

Williams was elected by acclamation during an April by-election to fill a vacant seat when former board member Jeremy White quit in January.

He told The Eastern Door in March that he felt his recommendations were being pushed aside, and got into a disagreement with Daryl Leclaire, chair of the board, which escalated.

“There was universal acceptance that changes were required to governance, the constitution, by-laws, personnel policy, etc. As always, individual clauses are subject to review and individual interpretations,” said Leclaire.

“There were some clauses that generated debate and disagreement, but to say the need for changes was met with resistance would be inaccurate.”

Leclaire said the board is actively involved in amending the organization’s constitution.

“Tonia had the most experience amongst us working on such documents and had taken the lead and submitted a first draft prior to her resignation. Using (electoral officer) Marcy’s (Delisle) report, we will be strongly keeping in mind all the recommendations she made to us,” said Leclaire.

One of the recommendations include clearly defining what it means to be “in good standing” in order to be eligible to run for the board.

The issue came up during the by-election to fill a vacant seat when former board of director Jeremy White quit in January.

“In our first meeting after Tonia joined us, we had prioritized that definition of good/bad standing as one that requires addressing. I know I’m not alone, but I consider it a priority that the constitution be revised and incorporate Marcy’s recommendations before next election,” said Leclaire.

When asked about the focus on day-to-day operations, Leclaire told The Eastern Door that they would not be an effective board if they didn’t.

“How could we look at the big picture if we aren’t aware of the smaller pictures that make it up? What we did not do was interfere in daily operations, or prevent anyone from doing their job,” said Leclaire.

“Interactions between board and staff were required to follow proper protocols. For example, one of our board members had a program idea, which she presented to the board, and upon approval, presented it to both the station and programming managers, and now is one of our core evening programs.”

“Tonia came to our board with much experience, and her efforts were truly appreciated. I would like to say in light of that, K103 is not a government entity, and runs very different from what she may be accustomed to,” said Deere.

“We (the board) have done our best to show her that K103 is like a family and that we help one another out, whether we are coming up with show ideas, bingo promotions, or just every day strategies that will make K103 strive.”

For Deere, the bottom line is that the station is “not the government,” but “a community radio station.”

“We do our best to serve Kahnawake and the surrounding areas. Whenever we take a step forward, there is always something pulling us two steps back,” she said.

“If we can make 10 people happy in a day, there would still be two or three that aren’t happy, and eventually cause a stink.”

Williams’ seat will remain vacant until the board’s next election in the fall. Both Deere and Leclaire, as well as board member Mike Sky’s seat, will also be up for re-election during that time.