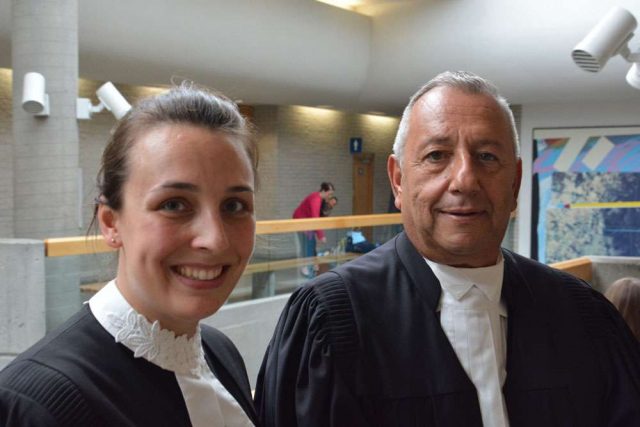 Boucher ruled that three conditions handed down in October by Justice Denys Noel were unlawful and “clearly inappropriate” and “exceed what is reasonable.”

Lahache does not need to close the First Nations Winery, close the bank account of the winery, or return the federal license of the business, according to the ruling.

“What this judgment basically says is that there was no breach,” said Lahache’s lawyer Roberto De Minico. “Even though the matter is not decided on the merits, the judge seems to say that the condition was valid, it just needed to be clarified.”

In addition, Boucher further clarified the condition from Lahache’s initial arrest in May, 2015 that he abstain from being involved in the wine industry.

Lahache still must abstain from being involved in the industry “including whatsoever business concerning the First Nation Winery (commerce, administration, management, operation, production, promotion, finances, banking transactions etc.); except to take necessary measures to preserve and protect his property rights and to fulfill legal obligations related to his property rights.”

The final statement is of note for De Minico.

“If he had to do something to preserve his interest, or maybe be present and sign a resolution or transact a sale or anything that would preserve his proprietary interest, he’s entitled to do,” said the lawyer.

Lead crown attorney Philippe Vallieres-Roland had supported the conditions wanting the winery closed. He left the courtroom and congratulated De Minico on his win.

Lahache was arrested in the fall for signing payroll cheques and renewing his federal license, as the crown argued it violated his conditions.

De Minico said the whole arrest and violation of conditions issue could have been avoided if the crown had simply modified the condition after finding out Lahache had done some clerical tasks.

“Had the crown come to us and said, ‘look. He’s still signing cheques. We want to be able to do this, and modify it,’ that could have been done,” said De Minico. “But the crown interpreted that – it has its privilege to interpret it how it wants – as a breach of conditions, and there was no breach.”

The judge also wrote “that a court sitting in criminal law matters must avoid undue intrusion into the questions of property and civil law,” and noted that for the court to order his business accounts closed, license returned and establishment shuttered, suggests a conclusion of guilt and “are contrary to the presumption of innocence.”

Lahache sees the decision as affirmation of his case.

“I guess the judge realized when he read through everything what’s going on here,” said Lahache.

Lahache spent a week in jail after being arrested for the breach of conditions in October, which he felt unfair and the time.

“I should have never went to jail in the first place,” he said. “I am not a criminal. I don’t think I did anything wrong.”

Lahache still feels the conditions of his release unfair including the one that states he can’t travel outside of Quebec.

“I’m not a criminal,” he said. “I shouldn’t have to abstain from going to the states or Ontario. I should be able to travel all over. I’m no criminal. I was never convicted of any other charges. Okay speeding ticket, yeah, but any criminal charges, I was never involved.”

Lahache remains steadfast in his statement that he is not guilty of the fraud charge.

Clarifying conditions of Lahache’s release was a long ordeal that spanned several court dates from October to Wednesday this week, and involved arguments before five different judges.

Lahache and his legal team now switch gears to the trial proper, where the local entrepreneur is accused of fraud.

“It’s now time to switch gears to trial and take a position with regards to a preliminary inquiry, or whether we go to trial right away,” said De Minico.

September 14, the lawyers for all 12 men arrested as part of Operation Malbec will appear in court to set further dates for the trial. According to crown, the 12 involved evaded taxes between 2010 and 2014 to the tune of $14 million.

Wednesday’s judgment was welcome news for Lahache and his legal team, who now feel more confident heading towards trial.

“I am ecstatic with this judgment,” said De Minico. “I feel justice has been served.”

“Some judges actually can see where it’s going,” said Lahache.