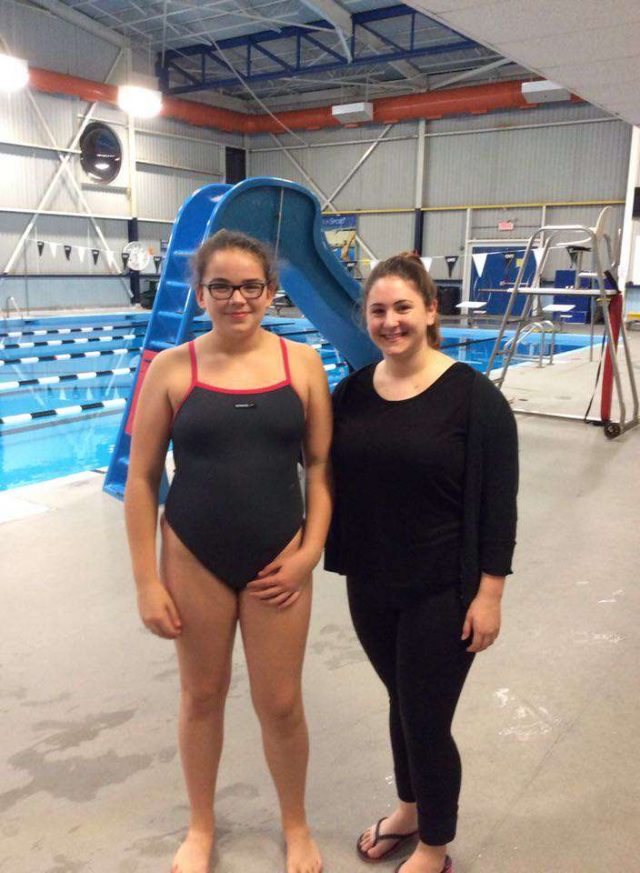 Twelve-year-old Cadence Patton was proud last weekend as she swept her first swim meet of the season.

“She blew it out of the water,” said equally proud mom Penny Berg Patton.

The grade seven student at Howard S. Billings earned a 63-point victory and a gold medal finish for her age category at last weekend’s King of Freestyle swimming competition, which was held at the Centre Sportif Polydium in Chateauguay.

“It was a three-day competition of just a certain swim: crawl,” said the younger Patton. “Basically, I did a swim on Friday, two swims on Saturday, and two swims on Sunday.”

On Sunday afternoon, Patton got a call back from her coach saying she qualified for finals.

“For the 50-metre crawl she arrived first in finals and placed the same time that she usual does, which is 35 seconds,” said her coach Samantha Harwood.

Patton completed the 100-metre crawl in a minute and 18 seconds.

For the 200-metre crawl, Patton clocked a 2:52, allowing her to qualify for a higher competitive level in that specific swim.

“She’s so strong and this allowed her to beat her times not only in the morning session but also in the finals at night, which led her to win overall in her age group for girls,” said Harwood.

The 400 and 800 metre distances did not have finals, but Patton ranked first in both swims.

“I was super surprised with Cadence’s performance this weekend! Not in a way that she is not a good swimmer but in a way that we took two hard weeks of training in preparation for the competition and it’s the fact that she’s only 12 that amazes me,” said Harwood.

Patton trains three times a week throughout the season, which runs from September to June, with the Club Aquatique Polydium Chateauguay.

“I did swimming lessons when I was younger, when I was seven or eight years old. I did that for two years,” said Patton.

Last year, her mom signed up her for lessons again.

“I didn’t like it at first because everyone in my group was French and I was didn’t speak well and I was stuck in the corner, slowest in the group,” said Patton.

“I used to hate competitions. I used to think of a million reasons to not go to them.”

After switching coaches and learning more of the sport, Patton said swimming has become an important way to relax from a busy school week.

“I’m in the IB program at my school and it’s a lot of stress on me. I feel like I always have to do my best, so when I’m in swimming, I just kind of let go and don’t care about anything.

“I care about my technique in the pool, but anything else, I don’t think about it,” said Patton.