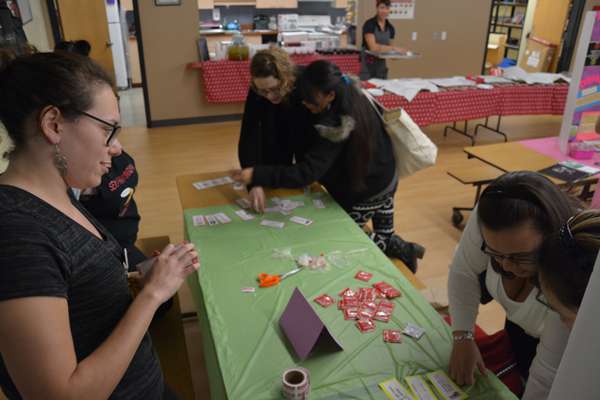 A group of Onkwehón:we women met over the weekend in Montreal and Kahnawake with the goal to provide opportunities for every First Nation, Metis and Inuit community to have access to an Indigenous midwife.

“We just want keep increasing the amount of midwives that we have to help women stay in their community and have birth in their community all across Canada,” said Ellen Blais, the national co-chair of National Aboriginal Council of Midwives’ (NACM).

NACM’s three-day conference is a way to build relationships, share knowledge and learn from each other.

“We also want to protect and honour all of the cultural teachings we’re beginning to reclaim,” said Blais, who is from the Oneida Nation of the Thames.

She said midwifery has always been a part of Haudenosaunee culture.

“It was medicalized and taken over time by the medical community,” said Blais. “Now, it is amazing to see that we’re all gradually in our own distinct ways bringing back and reclaiming birth in our communities. So it is really awesome.”

“I just wanted to tell a story about Indigenous approaching to birth, Indigenous understanding, philosophy and the importance of unearthing that in all its different forms,” Tabobondung said of the film, which had its world premier at the ImagineNATIVE Film and Media Arts Festival last month.

Tabobondung’s film follows a client and staff at the Seventh Generation Midwives Toronto (SGMT), which has been providing culturally-sensitive care to Indigenous families since 2006.

“It is very special place and I think it is becoming one of the heartbeats within the urban centre of Toronto,” said Tabobondung. “It is a place where the next generation of Indigenous people can be rooted in and connected to with positive birth stories. We have so many beautiful teachings to offer and bring to light in terms of bringing positive birth stories for everybody.”

Youth from Ohero:kon Rites of Passage, the Kahnawake Youth Forum, and the NYSHN took the lead teaching culturally-safe sex education to guests with the “Sexy Health Carnival.”

“I love the fact that all of the booths were so open and blunt. When something is a secret the young are more prone to wanting to sneak around and do it. If it’s out in the open and the young are well informed I’m sure they will be able to make better decisions,” said Ainslee Kirby, a young mother in the Skátne ionkwatehiahróntie’, a grassroots parenting program for young families.

Kirby said the opportunity to speak with some of the midwives at the gathering was both empowering and inspiring.

“This movement of women bringing back our traditional approach of bringing life into the world is one step closer to our roots as Onkwehón:we,” she said.

“It really got me thinking about how we could have a birthing centre in Kahnawake and how it would benefit our community by bringing our women together.”