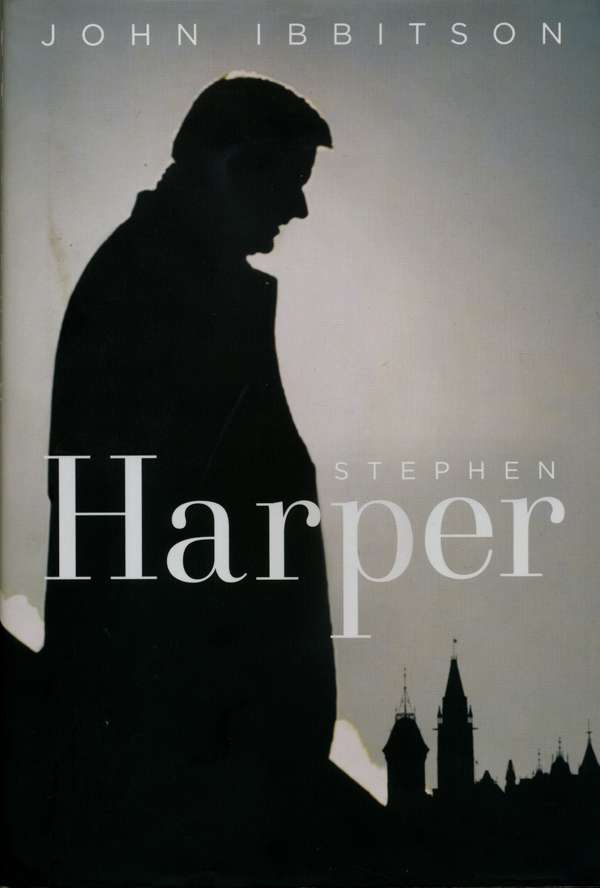 An hour into reading Globe and Mail columnist John Ibbitson’s new biography Stephen Harper, I posted a picture of the book on Instagram with the tongue-in-cheek caption “Who would’ve thought I’d spend an hour reading this?”

Two friends from Kahnawake posted comments within minutes: “a good hour that you’ll never get back” and “burn the damn thing.”

The Eastern Door requested a review copy of Ibbitson’s book, as Harper is continually cast as villain number one in Kahnawake, and understanding something of his life, politics and personality is important.

Going into war without knowing who’s fighting on the other side is rarely considered wise.

The book is, first off, a good read. Ibbitson is a talented writer that crafts the book starting with Harper’s childhood in suburban Ontario (no, he’s not from Alberta) to his adopted home in Calgary, and rise to power in Ottawa.

It’s not a perfect book, but it gives a more-or-less fair account of Harper that answers the question most people should ask when faced with a problematic or controversial piece of legislation: why?

“The book sought to understand him,” Ibbitson told The Eastern Door. “He’s such a polarizing figure who think either good or bad about him and then nothing else.

“I wanted to get away from that and just understand who he was for anyone who’s just genuinely curious about who is Stephen Harper, and how did he get to where he was, and what are the forces that animate him and what are the events that shaped his views?”

Ibbitson is fair throughout the book to point out policies and practices that worked out, as well as those that didn’t.

He points out his admirable characteristics as well as his flaws, but always with an eye on providing facts or anecdotes to help understand why he acts the way he does.

Harper, Ibbitson writes repeatedly, wants to be in charge.

“Stephen Harper would never hire Stephen Harper” is a memorable phrase from the book. His need to be in charge explains much when pondering the stalemate between the Conservatives and Onkwehón:we leadership (and others who do not comply with his plans).

Ibbitson writes much about Harper’s frustration at dealing with those in positions above his (particularly Canada Supreme Court chief justice Beverly McLachlin and US president Barack Obama), and though he doesn’t mention First Nations leaders explicitly in that camp, it is easy to deduce that much of the frustration Indigenous leaders have with Harper comes from Harper’s difficulty in accepting power relationships where he is not leading the discussion. 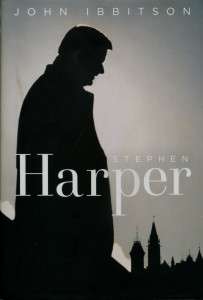 “That’s an interesting point, and not one that I’ve thought of,” Ibbitson told The Eastern Door.

“It absolutely fits his inability to coerce the chiefs who of course do not like to be coerced and can’t be coerced, similar to that of the chief justice and the American president.

“He’s not good when he has to work in a situation where it’s not top-town. He’s a very top-down kind of guy.”

Harper is, it should be remembered, an outsider who came to Ottawa and bested multiple rivals (including some from his own party) to lead the country. He views those who go against him as more than worthy competitors.

“In fact, the Tories don’t have opponents; they have enemies,” writes Ibbitson.

“The leader of the Liberal party is an enemy. Judges who strike down their legislation are enemies. Union leaders are enemies. Journalists who cast a more-than-occasional critical eye on the government are enemies.”

It is not a stretch to suggest a sentence could have been added to include Indigenous leadership and grassroots organizations to the mix.

The book also gives an interesting and important chronicle, from the Conservative side, of pipeline politics, the First Nations Education Act, and a brief section on Idle No More.

“Stephen Harper has never been able to reconcile his contradictory views on First Nations Canadians,” Ibbitson writes. “On the one hand, he shares with his former mentor and later aide, Tom Flanagan, the belief that reserves, and the indigenous (sic) cultures sheltered on them, are anachronisms that have no hope for the long-term survival in a globalized, digital world of every-accelerating change.

“He seethes with frustration at the chiefs who seek to block economic development of natural resources, and the courts that side with them, and so his government pushed through legislations to force reserve governments to operate more like typical municipal governments and, as much as possible, to hold the reserves accountable under Canadian laws,” he writes.

“But there is another side to him as well. The thought of children suffering bothers him deeply, even emotionally. It helped spur the maternal health initiative overseas and prompted him to offer the apology for residential schools in the House.

“It lay behind his support for the First Nations Education Act. But in the end, the contradictions of the government’s approach to First Nations and the divisions among First Nations leadership, undermined Stephen Harper’s best efforts to rescue vulnerable First Nations students desperately in need of the only thing that could rescue them from poverty and dependency: a good education.”

There is some truth in that description, although it doesn’t necessarily reflect the actual situation. The author suggests First Nations leadership was divided – it was pretty squarely opposed to the act with the exception of former AFN chief Shawn Atleo.

However, the sentence, as written, gives an answer in understanding Harper’s motivation behind the FNEA.

Harper may well have cared about improving education on reserve, but he does not, and the book makes this clear, like to listen to others.

Ibbitson recounts again and again how Harper likes to take an issue, withdraw to study it, and then come up with a plan. It’s always his plan, and when anyone goes against it, he gets angry and holds a grudge.

Stephen Harper is a book worth reading for its fascinating behind-the-scenes look at Canadian politics, complete with scratched eyes and knives-in-back.

It also helps understand the person who has already changed Canada’s image and personality, Ibbitson argues, to a greater extent than any prime minister before him.